And then play bubble hockey at Joe’s Playland

Share All sharing options for: Go to Salisbury Beach and Eat Beach Pizza

Part of Eat Your Way Across America’s Beaches

Salisbury Beach is no longer the fashionable seaside resort destination it once was, but there still exist a few good reasons to road trip up Rte. 95 and hang on its shores. (And no, Ten’s Show Club isn’t one of those good reasons.)

For starters, the Salisbury Beach State Reservation is a breathtaking beach. Situated at the mouth of the Mighty Merrimack, the beach features nearly four miles of swimmable shoreline and a number of picnic and recreation areas. Ornithology enthusiasts can expect to see great blue herons and piping plovers, and everyone can expect to get eaten alive by greenhead flies from mid-July through mid-August.

If you’re not in the mood for bird-watching — and if you don’t feel up to being the subject of an insect-administered bloodletting — the pizza from Tripoli and Cristy’s is Salisbury Beach’s biggest draw.

The rival shops have been slinging what is colloquially known as “beach pizza” since the mid-1940s. The square, thin slices are topped with red sauce and a light sprinkling of mozzarella — customers can add a slice of provolone (this is recommended) or pepperoni for an extra charge — and nothing else. A dusting of garlic powder and some red pepper flakes complete each slice, but neither accoutrement is necessary, either.

Both shops have their supporters and detractors, and it’s rare that an eater would alternate between the two. Tripoli is famous for its sweet sauce; Cristy’s is famous for a sauce that lacks almost any sweetness. The crust at both shops is quite thin — unlike with most square slices — and almost tastes as much like a pastry as it does a slice of pizza. Whichever slice you go for, eat it on the beach, which is less than a football field’s distance from either shop.

Once you’ve finished your slices, head to Joe’s Playland, which is an arcade that’s been open for nearly a century, and where one can indulge in the frustrating endeavor that is Skee-Ball. (Joe’s Playland also has one of the area’s only Super Chexx bubble hockey tables, and you’d be remiss not to play at least a seven-game series.)

And if the birds and the bugs and the beach and the pizza and the taffy and the arcades weren’t enough excitement, there’s always the handful of sketchy-to-very-sketchy bars lining Rte. 1A and Ocean Front South. If you can’t find excitement (read: sheer terror) inside those bars, I don’t know what to tell you.

Newburyport Crawl: Food and Drinks in a Historic Seaside City

Where to Eat Fried Clams in and Around Boston

New England Beach Pizza Is Not Very Good. Everyone Should Try It 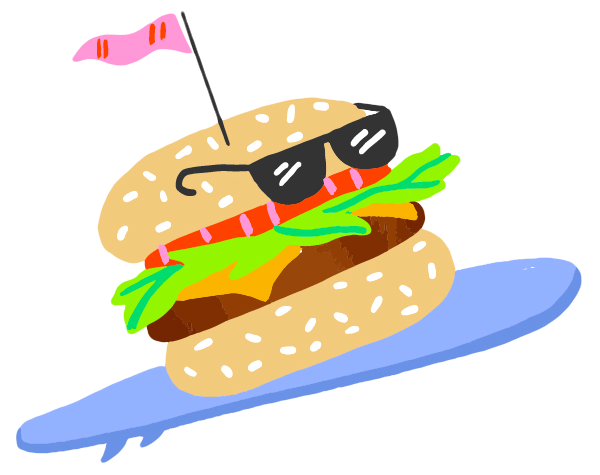 Eat Your Way Across America’s Beaches