He didn’t turn up for a closing meeting 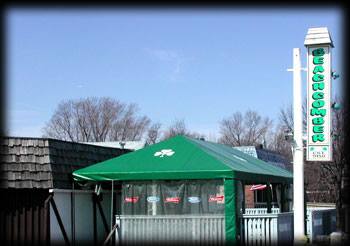 A real estate broker from Quincy who was involved in plans for the Beachcomber bar near Wollaston Beach didn’t show up for a closing last week, raising questions about his whereabouts, The Boston Globe reported.

The man, Eugene Grathwohl, was apparently working from a Century 21 office, but he didn’t attend the meeting to close on the agreement for the Beachcomber last week. The longstanding restaurant and music venue shuttered last September after word came out about the impending sale to an unnamed individual, now known to be Grathwohl, who planned to demolish the building and replace it with a high-end restaurant, also called Beachcomber, as previously reported.

Police are now searching for Grathwohl, while investors are concerned he absconded with roughly $1.3 million he raised from them, the Globe reported. Grathwohl may have assumed other aliases in the past to defraud clients.

• Where Is the Man With Money to Fix up the Beachcomber? [BG]
• The Beachcomber Will Shutter This Fall to Make Way for a High-End Restaurant [EBOS]