Where to get your convenience store staples...and hard-to-find beers and wines

The first rule of Albert’s Market is don’t talk about Albert’s Market.” This is the warning I received via text message from a friend who caught wind of my interest in writing a feature about the bodega in East Cambridge that’s more than meets the eye. Any time part of a story’s appeal lies in exposing a treasured diamond in the rough, you run the risk of inflaming indignation from self-appointed protectors of said establishment’s secrecy. Folks get worried that there will be an increase in business and a corollary decrease in authenticity.

But here’s the thing: The last time I visited my old neighborhood — which happens to share a zip code with East Cambridge — three out of the four family-run establishments I tried to visit were shuttered, replaced with banks and chain stores or nothing at all. Even in Portlandia-esque places like Cambridge, local businesses are suffering, and that’s a drag. So, I get that this might rankle the legion of patrons who like to feel as though they know something other people don’t, but I’m happy to trade the survival of a really cool place for a longer wait in line.

This isn’t a story about the plight of the small business economy, though. This is a story about craft beer, good wine, and Ben & Jerry’s.

From the outside, Albert’s Market sports the same green awning, lottery posters, and neon PBR signs of your garden-variety corner store. Inside, you’ll find cigarettes, Doritos, and Stouffer’s frozen pizzas. Over here, Mountain Dew and outrageously large cans of Monster Energy. Over there, kitty litter and one-ply toilet paper.

Head to the back of the store, though, and things change a bit. Is that Bérèche Champagne in the cooler next to the Boar’s Head deli meats? Do I spy the latest release from Evil Twin? Wait. Maine Beer Co.'s Lunch?! This is the highly allocated stuff of beverage aficionados’ dreams, and here it is across the aisle from SpaghettiOs and cans of creamed corn.

"I still get people who say, ‘I live in the area, but I never knew you had such a great selection,’" says Fabian Vasquez. Vasquez, son of Albert himself, is soft-spoken, svelte, and wearing really cool black leather Chuck Taylors. He looks more like he should be on his way to cocktails with the Harvard Business School set rather than spending his evenings attempting to sell grower Champagne under fluorescent lights. He’s your first indication that things ‘round these parts aren’t quite what they seem from the street, so it comes as no surprise that this thoughtful, well-dressed guy is the one responsible for the shelves upon shelves of liquid treasure nestled within his family’s convenience store. He is the cult beverage whisperer, both literally and figuratively.

Vasquez doesn’t hail from food and beverage royalty. He doesn’t have a story about waiting tables while in college and being caught up in the energy of the restaurant industry. He’s not from Brooklyn or Austin or some other place where unintentionally cool things seem to happen via osmosis. Vasquez’s parents opened the original Albert’s Market on Webster Avenue around the corner from the current location around 30 years ago.

"It was really bare-bones," Vasquez says of the old spot. "Just a couple of shelving units and some makeshift plywood shelves behind the register displaying Tylenol and other medicine." They moved the store once more before settling on the corner of Cambridge and Fulkerson Streets, where they are now. Fabian grew up in the family convenience store business, spending most of his days at the store after school. "I consider it my home," he says.

Vasquez was born in Boston, and he attended Northeastern for nothing related to food or drink; his undergraduate degree is in electrical engineering, and his graduate degree is in computer systems engineering. "What I’m doing now was definitely not the plan," he says. Upon realizing he lacked the passion for his field shared by his peers, he headed back to his parents’ store. "I was looking for something to focus on and landed on the beer selection [here]. It just felt like something that needed exploration and expansion. I guess I took an engineering approach. There was a problem, there was a solution already in place, and I improved upon the solution." He took over the ordering for the shop, and each week he ordered something new. "Slowly, I began discovering and learning about craft beer," he says. "Somewhere in there, I began taking interest in wine."

Somewhere in there, he ended up crafting one of the most interesting, affordable beer and wine selections in the Boston area. Here’s a place where you can find super rare and unusual wines from Northern Italy — like those from cult favorites Ar.Pe.Pe. and Rabasco — alongside more everyday bottles from value regions in northern California and central Spain, with nary a bottle of Barefoot in sight. While bigger beer brands like Budweiser and Corona fill one cooler, a large portion of the inventory is devoted to hard-to-find brews like Lost Nation and hyper-local treasures like Mystic and Night Shift. Fabian says his goal is to keep things "unexpected — to maintain a selection that one wouldn’t expect to find in a convenience store." 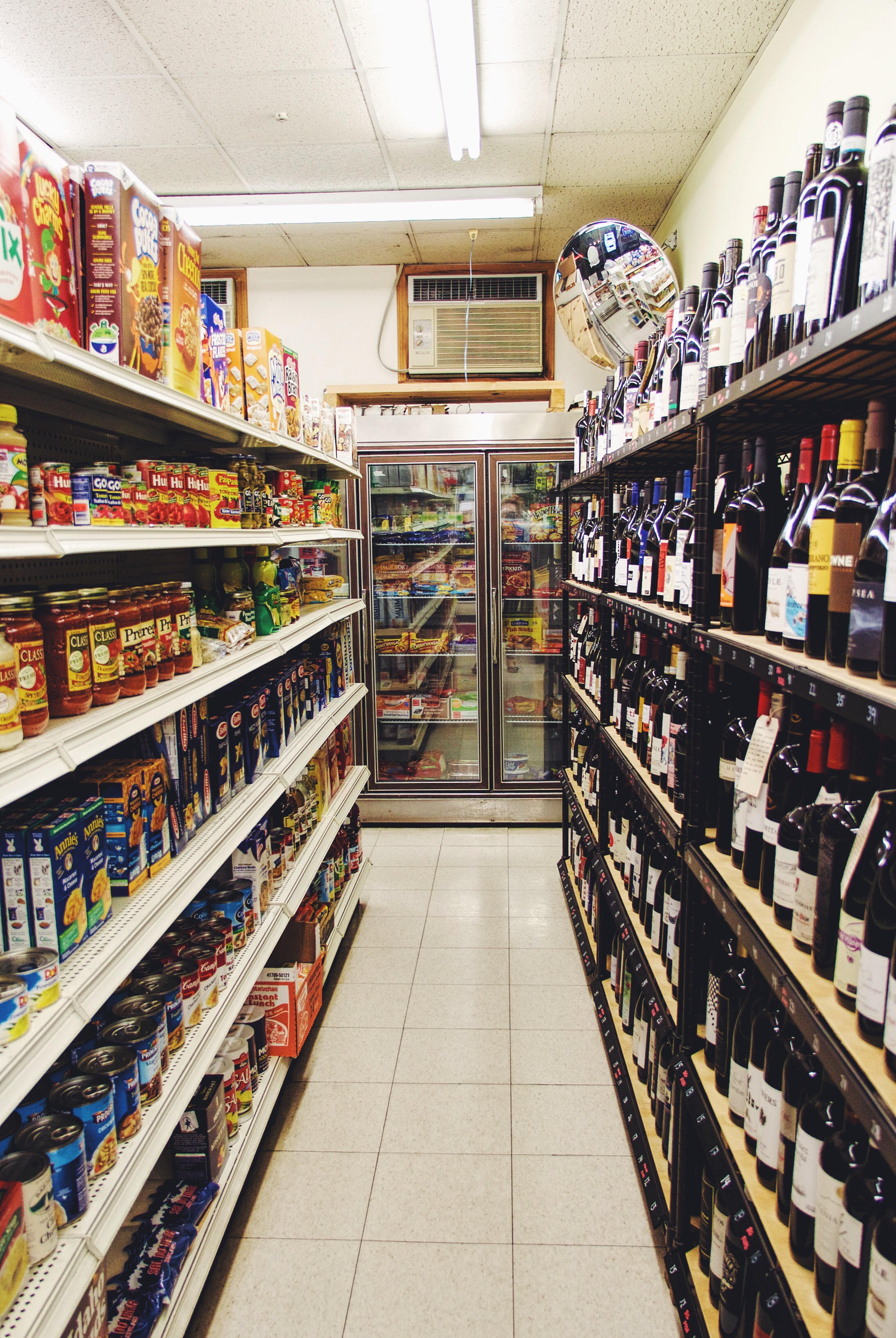 That sense of the unexpected is part of the charm of this kind of hidden gem, of course — it’s one of the reasons chefs love to open hot spots in gentrifying neighborhoods — but missing in this case is the sense that Vasquez does any of it just for the sake of doing it. In this case, the guy loves good beer and wine, and here’s his family’s business with a package license. It’s not a glamorous spot with a vacuum tasting system and Instagram-friendly lighting, but it’s creativity through constraints, and it makes him happy. In fact, he considers his greatest success to be that he likes what he does. "I love to bring in new wines and beers," he says. "Delivery days are some of my favorite days, because it feels like opening presents."

Geek wines and craft beers aside, Albert’s Market is indeed still a convenience store, and Vasquez doesn’t have big plans to change that anytime soon. Despite the shift in the local food scene with the addition of millennial-friendly spots like Lone Star and Bisq, "the neighborhood is still a challenge," he says. "There are still days when we sell only one bottle of ‘good’ wine." Overall, though, he’s optimistic about growing things slowly within their current location — centralized shelving, more window displays — with no plans for a bigger, slicker space. There’s a very New England "ain’t broke, don’t fix it" vibe there, which helps protect the bodega identity, too. "Ben & Jerry's is our best-selling item after beer and wine," Vasquez says. Of course. Everyone loves ice cream. Why mess with that?

Wine Words is a series in which Eater Boston contributor Lauren Friel interviews some of the most interesting wine professionals in the Boston area.