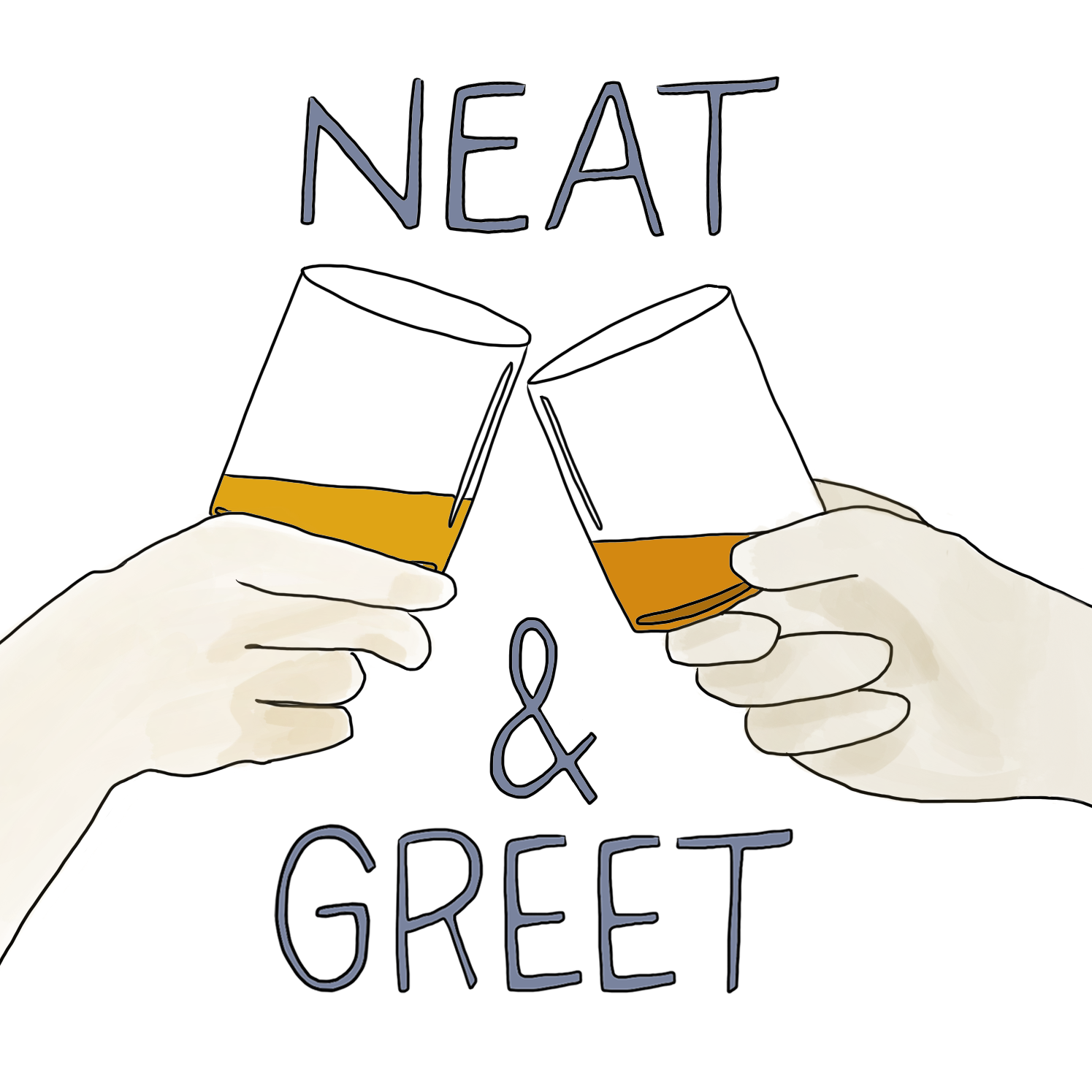 Cleve and I arrive together at Jacob Wirth on Thursday around 9 p.m. So far, we have met on Marathon Monday and Cinco de Mayo. I guess because there are no unofficial drinking holidays in June, we had to settle for everyone’s weekly favorite excuse to get drunk: ­Thursday night. As we approach, I notice a prominent sign on the kitschy exterior of the glowing bar that states that it was established in 1868. Before we even get inside, Cleve is recounting a mini­-history on the bar. Charles Dickens drank here; it continually operated throughout Prohibition, serving near­ beer; and the bar was an authorized bottler of Narragansett lager.

Upon entering the bar, I’m immediately overwhelmed with a sense of joviality and general brouhaha. Seated at one of the first stools at the lengthy bar is Madeline Licopoli, the Boston representative for Sidney Frank Importing. We’re lucky enough to have her join us so we could talk about everyone’s favorite German spirit,­​Jägermeister​. 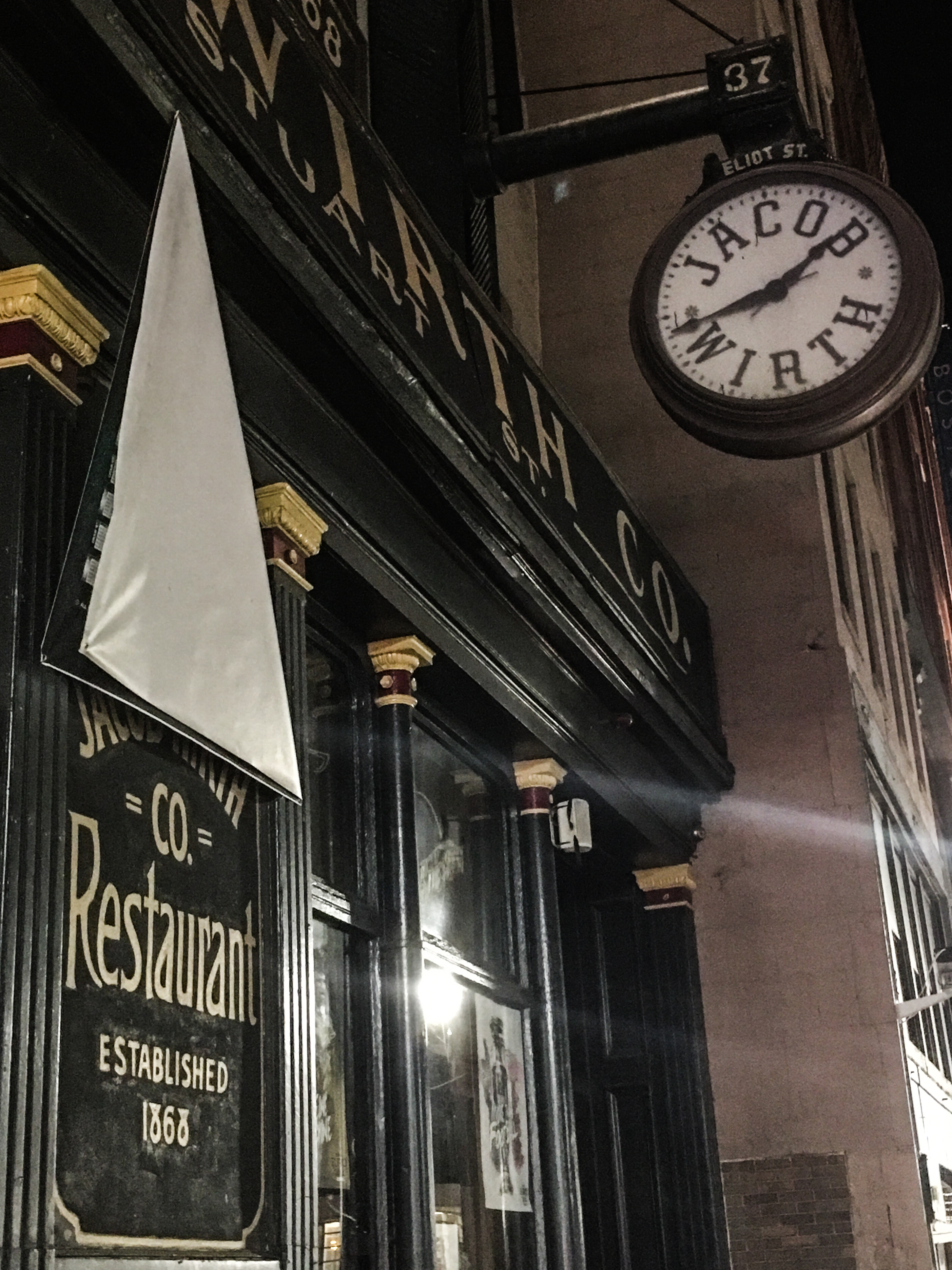 I wish this article could include a soundtrack in the background, because I don’t think there is anything quite like interviewing someone while 15­-20 people sing­ a­long to a piano version of "House of the Rising Sun." Mel Stiller, the beloved Jacob Wirth pianist who plays out of a book upon request on Thursday and Friday nights, is keeping things lively.

Licopoli orders us three ​Jägermeisters. Our first round comes on the rocks, so we decide we would have to do a second round neat. Jäger was the first brand to do a chilled shot machine, and there’s one prominently displayed on the bar at Jacob Wirth. We’re interested to find out how it would drink at room temperature as opposed to out of the machine. Three rounds of Jäger, it is, then.

Sipping Jägermeister on the rocks is probably not something most people have had occasion to do. As Licopoli points out, Jäger has gone through a lot of marketing changes over the years since it debuted in the United States in 1974.

"Back then it was being sold as ‘liquid opium,’" Cleve remembers. He could actually pinpoint the first time he heard about Jägermeister and drank it. It was a week after his oft-regaled cocktail epiphany in Cleveland. He was on tour with the Del Fuegos in November of 1985, hanging out in a bar in Chicago with the bass player, when someone approached them and asked if they wanted a shot of something that contains opioids.

The opioid rumor stemmed from an article written in a Baton Rouge newspaper about the popularity of Jägermeister among the Louisiana State University students. Sidney Frank, who was largely responsible for importing the German herbal liqueur to the United States, ran with the free publicity generated by this article, and soon people heard all sorts of rumors about what this mysterious spirit contained.

What is true about Jägermeister is that it is aged for a year in giant German oak casks to let the flavors marry, it is composed of 56 herbs and spices in neutral beet distillate, only 11 of these ingredients are known to the public, only three people know the full recipe, and it is crazy delicious.

There’s no doubt in my mind that we are still figuring things out when it comes to balancing the serious with the fun in bartending. Cleve discusses his new role at Red Lantern, saying that a lot of the comments he has had on his cocktail list have been positive, but he also often hears that the new list contains cocktails that are "so strong compared to the old list." The three of us chat for a while about people’s perceptions when it comes to drinking and figuring out how to deliver what someone wants, while maybe opening that person up to something new at the same time. 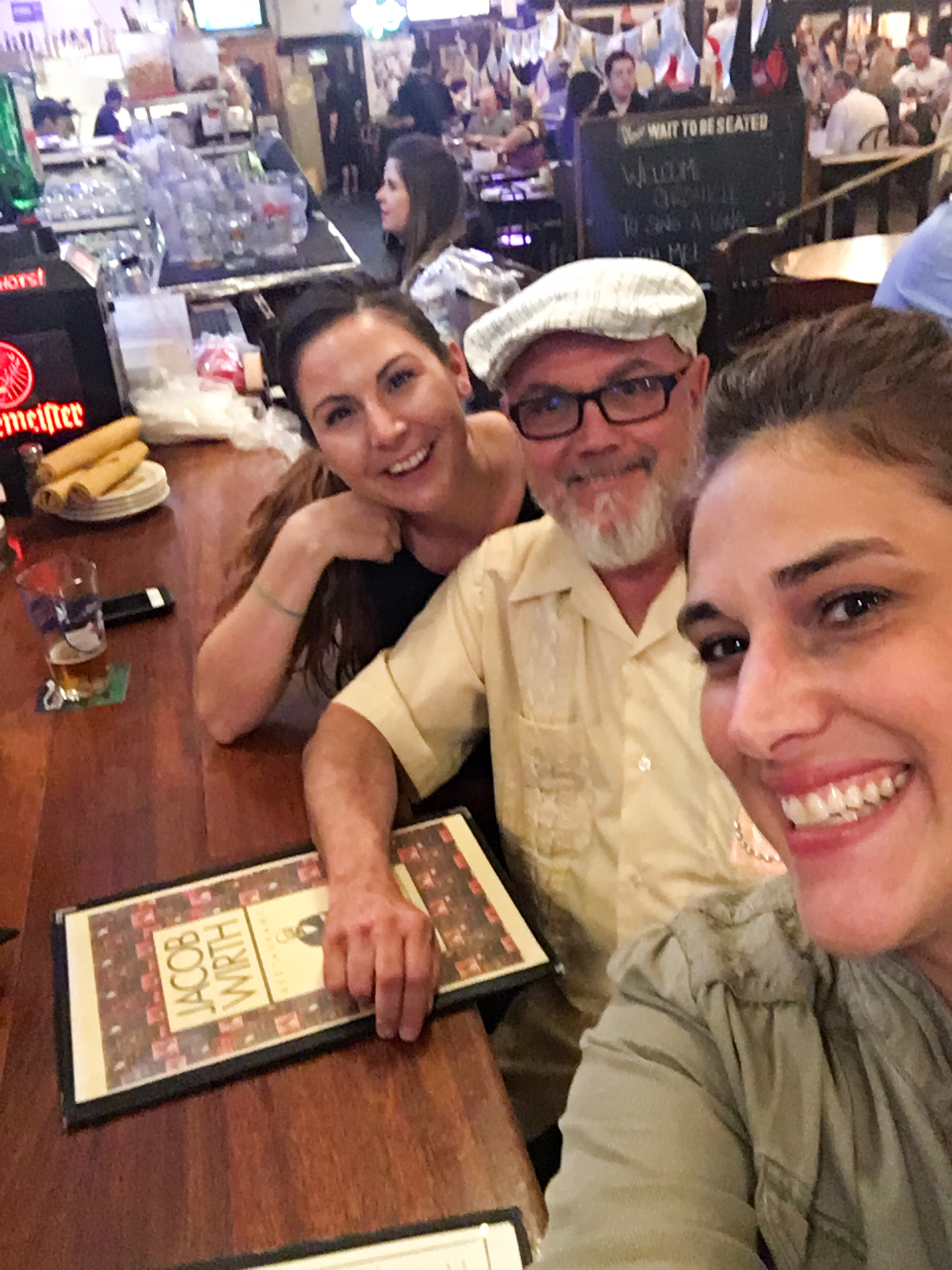 It seems like Jägermeister is going through something of a reversal in this area­; the company came out of the gates marketing itself to everyday drinkers and developed a niche. In the current climate, Jägermeister is going back to its roots and reminding us all that it is a well-crafted spirit worth revisiting.

We look at some vintage Jägermeister ads that were part of a series that ran in New York Magazine. Cleve immediately recognizes the first one. It is Klaus Nomi, and the caption reads: "I’m drinking German Jägermeister because that’s my kind of girl over there." A gender­bending opera singer probably wasn’t a typical choice for a large spirits company, but Jäger wasn’t doing anything typical.

It’s a spirit worth revisiting, we all agree. Drinking it on the rocks is extremely pleasant. I’m willing to bet if you gave someone a blind taste, they might think it was one of the many amari that are so popular among craft cocktail bars today. Unchilled and neat, we find it to be very complex, with strong notes of orange sweetness upfront and a warming spiciness to finish. Finally, we have it chilled, which is how the brand recommends the spirit be consumed. Even after two Jägers and a Narragansett, I am not sad about drinking another round.

In case anyone is keeping track, ­Cleve’s favorite bar in the world is Saturn Bar in New Orleans. He’ll be heading down for Tales of the Cocktail, and if you’re lucky, you might find Licopoli and Brother Cleve drinking Jägermeister there this July.

All photos by Ándrea Pentabona. In the photo with the three people: Brother Cleve (center) with the author (right) and Madeline Licopoli. Neat & Greet logo by Emily Phares.