It Is Your Destiny to Conquer One of These 'Freak Frappes'

Share All sharing options for: It Is Your Destiny to Conquer One of These 'Freak Frappes' 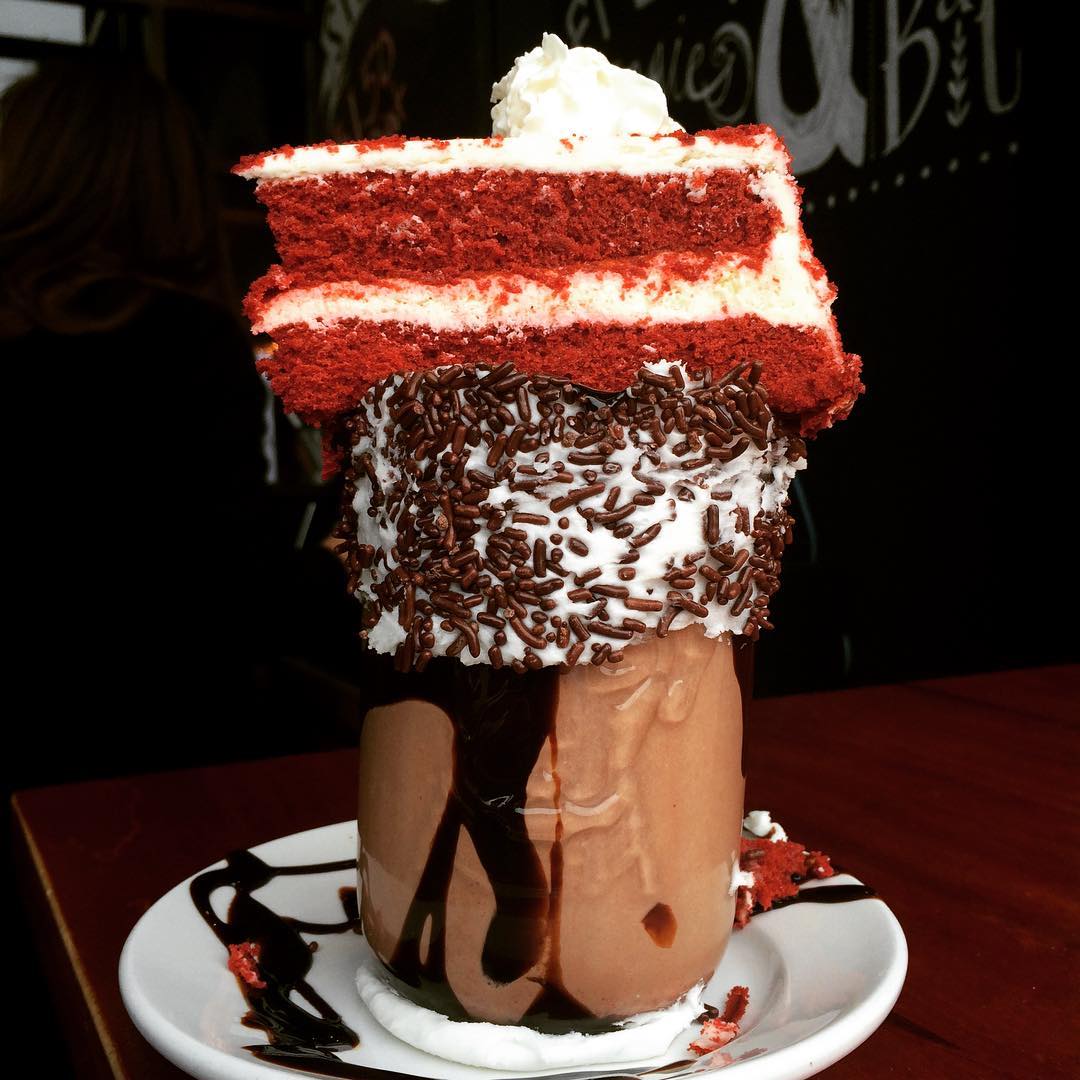 Over-the-top milkshakes have been sweeping the internet lately, popularized by Black Tap Burgers & Beer in New York City. From mounds of whipped cream to whole pieces of cake and pie, dessert enthusiasts will stick just about anything on top of a milkshake these days, and hungry diners are lining up to drink — and eat — them.

The frappes are priced at $7-$12, and there are generally 10 to 12 flavors available at any given time, including some limited-edition specials. Many of the specials appear on Instagram; just explore the hashtag #freakfrappe for a virtual sugar high. Past flavors have included:

The freak frappe menu is always "evolving," according to a rep for the restaurant group, and thanks to the highly Instagrammable nature of a ridiculous-looking dessert, people are coming in all the time because they spotted a photo on social media. It's not unusual to see a party of 10 come in where every single person orders a freak frappe, noted the rep.

While you ponder the caloric impact of one of these Boston Burger Co. burgers and a freak frappe, here's a peek at some of the milkshakes you'll find at Black Tap if you make the trip into New York: