Ginger Man Opens Downtown With Plenty of Beer to Go Around

Plus, some house-made charcuterie

by Dana Hatic@DanaHatic Mar 17, 2016, 9:03am EDT
Via Check Out the Menu at the Ginger Man [BM] and The Ginger Man Opens Soon Near Faneuil Hall [EBOS]

Share All sharing options for: Ginger Man Opens Downtown With Plenty of Beer to Go Around 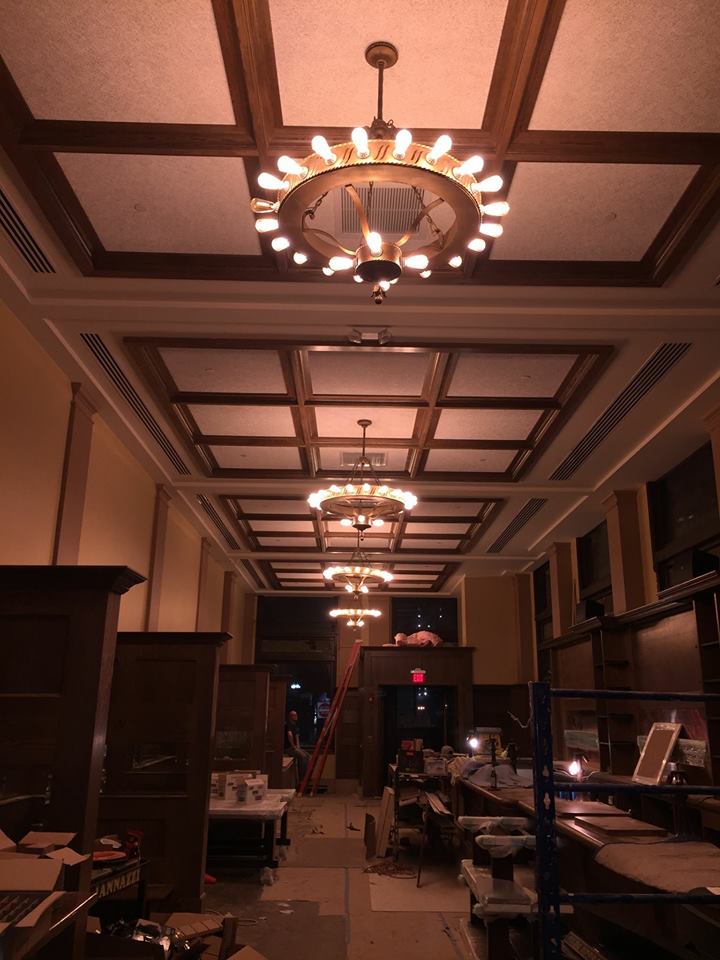 A craft beer oasis is now open downtown, just in time for St. Patrick's Day. The Ginger Man has 90 tap lines in its public house-style space near Faneuil Hall and is ready to flood Boston with beer. The restaurant, which has a sister in New York City, took over the former Stadium space at 148 State St. and underwent significant renovations before opening.

Ginger Man director of operations Alex Silberstein previously told Eater he expected the bar to attract a lively lunchtime crowd and plenty of after-work folks, as it is near tourist attractions and the Financial District. In addition to 75 tap lines upstairs and an additional 15 at its small downstairs bar, The Ginger Man has almost 100 bottled beers, plus cocktails, wines, and coffee and tea.

On the food side, the restaurant offers its own take on comfort food, as Boston Magazine reported. This includes charcuterie that is made in-house, as well as a selection of salads, grilled cheese, hot dogs, mac and cheese, poutine, pretzels, fish and chips, and burgers. The Ginger Man also serves homemade soft serve and doughnuts.

[Photo: A construction photo of The Ginger Man in Boston/Facebook]