Share All sharing options for: Battery Park Closes for a Few Weeks to Go 'Under the Knife' 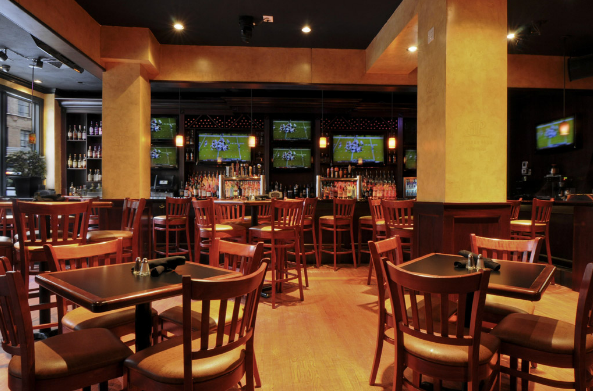 "At some point in the life of a restaurant and bar there comes a day where it looks in the mirror and realizes it's not as pretty as it was six years ago when it was born," Battery Park announced on Facebook today. "Because of that, Battery Park is going under the knife for a few weeks and will reappear with a beautiful new version of itself."

The Financial District restaurant plans to shutter on Monday, February 8 and undergo some "sprucing up" for two or three weeks before reopening. The self-described "chic sports bar with old Boston feel" features Monday night trivia, a popular patio in the warmer months, and a comfort food menu with dishes like a double-decker grilled cheese sandwich, mac and cheese bites, and cookie dough pie.