My Diner Is Southie's Place to Be

After more than a decade, the owners still love coming to work, despite the early mornings.

Share All sharing options for: My Diner Is Southie's Place to Be

Everyone wants to be at My Diner. Tucked away on a quiet corner of A Street in South Boston, My Diner isn’t a place you wander into by chance. Everyone inside is there because they want to be there, customers and servers alike. 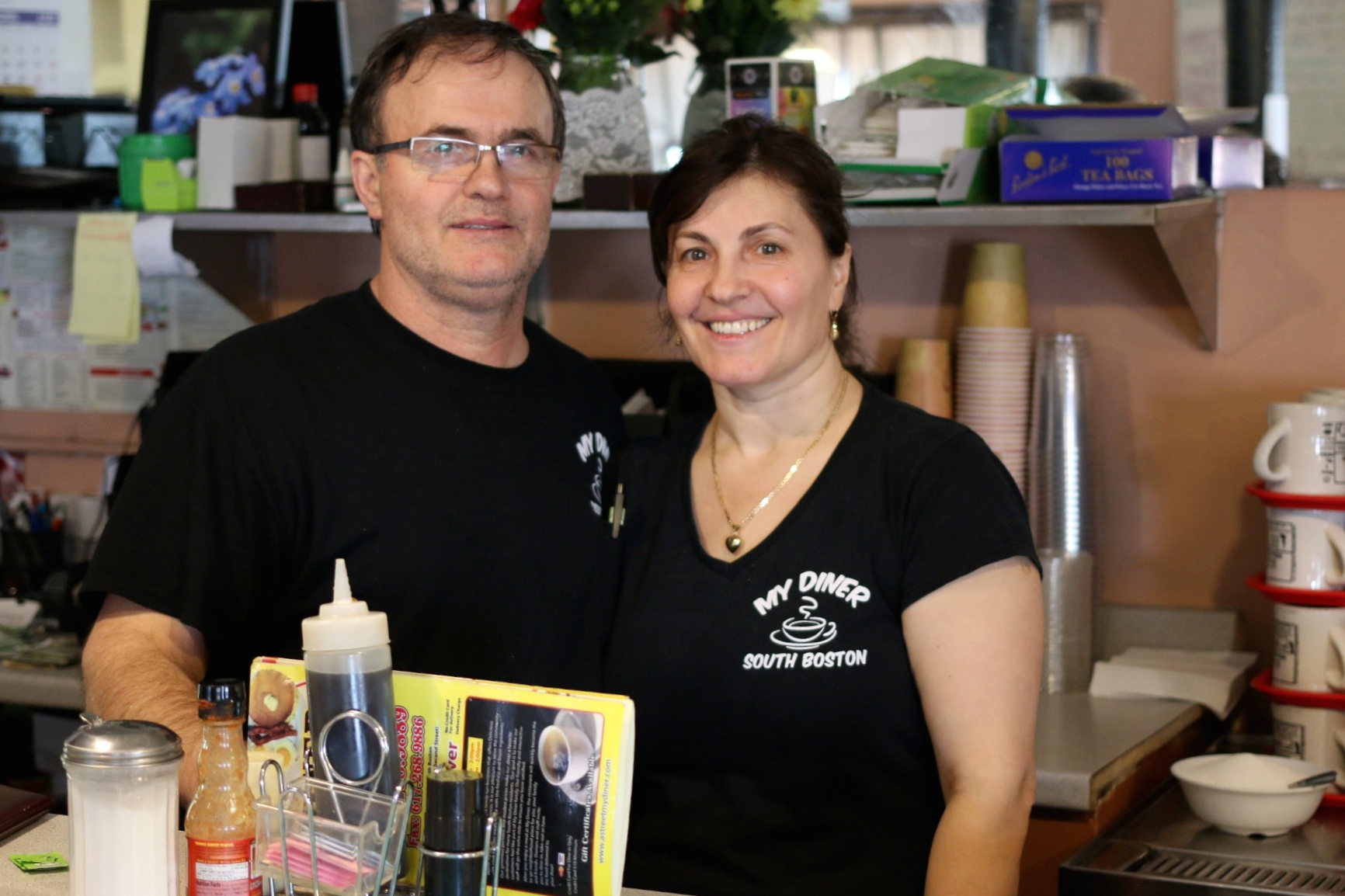 "We have so many regulars. The people that come in here are really good people, they’re hardworking people, a lot of blue-collar workers," said Nikki Murphy, a server who has worked at My Diner for eight years. "They know our names; we know their names," added Ela Bashllari, who owns the diner with her husband Ben.

Ela and Ben opened My Diner in 2004, keeping the name from the previous owner, after Ela decided to quit working for Bank of America. Together they came up with the idea of opening a diner — and only a diner. "We didn’t have anything else in mind," said Ela. "This is perfect. You’re home at 3. You have time for yourself, for your kids."

Which isn’t to say it’s easy. "There are a lot of hard parts, actually. The hardest part in the beginning was that we weren’t familiar with breakfast/lunch places, so we had to learn for ourselves. And finding the right crew is also very difficult. If you don’t have the right people to work for you, you can’t be successful. At the moment we have a very nice group; I don’t want to change it for the world. But the hard part is getting up early in the morning. We get up at 4 a.m., but you get used to it." The advantages far outweigh the early mornings, though. As Ela says, "It’s just fun to come to work. We found this to be the best for us. We love it."

My Diner isn’t your average greasy spoon. Alongside the continuous stream of laughter and jovial conversation, delectable plates of food fly out of the kitchen — waffles with a fluffy spiral of whipped cream and sliced bananas, golden toast, perfectly cooked eggs. Asked why she thinks people like diner breakfast so much, Ela replied, "It’s always a cooked to order meal; it’s always fresh food. Every day is fresh." In fact, Ben cooks two whole turkeys every morning, which sell out every day. "That’s our reputation also," said Ela. "We do real turkey every day." They use turkey for sandwiches and dinners, and they also create tasty dishes such as turkey hash and turkey chili.

As much as everyone wants to be at My Diner, for the next year they may not be able to. My Diner isn’t going anywhere, but the building was recently sold, and the new owner plans to begin construction on condominiums within the next few months — with the project estimated to last one year. Ben and Ela will either move their diner to a temporary location during that time or close altogether with plans to reopen when the building is ready. "We’re hoping to relocate," said Ela. "Everyone is looking for us. Basically, the community of South Boston, the people, they eat here. All of them eat here, so they’re trying to find us a space for the time being."

As the search for a temporary space continues, My Diner — open at 98 A Street until construction starts — continues to delight its loyal customers and its equally faithful staff. Murphy, who started working at My Diner eight years ago when she was 20, explained, "I wanted to quit when I first started here, because I came in and it was just so fast-paced. The phone was going off, people are sitting down, people are looking at you because they’re hungry and they want their food. I got really anxious." But now, Murphy says, "I love this job. I have a Bachelor’s degree, and I can go out and get —they say, a ‘real job,’ — but I love this. You’re dealing with people; it’s fun. When I come to work, I don’t feel like I’m coming to work. All we do is laugh; there’s a really good connection in the back. Everyone gets along – the cooks, the servers, it’s a good mix."

Regardless of whether they can secure a temporary space, Ben and Ela don’t have plans to move My Diner anywhere else. The Bashllaris, who moved from Albania to the US in 1998, chose the current location for their diner because "South Boston had a reputation of so many Albanians being here," said Ela. "And this [space] happened to be empty at the time when I left the bank. So I looked at it and liked it, and...it was just meant to be."

Where to Drink on Hampton Beach on New Hampshire’s Seacoast