Fear not — the burgers will be back. 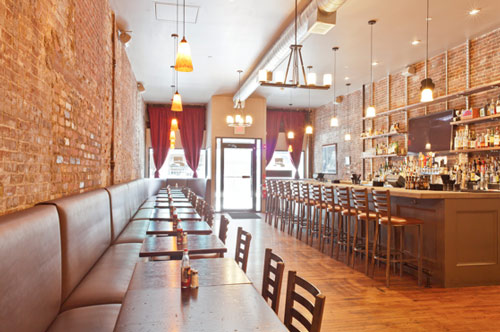 A favorite Downtown Crossing restaurant for comfort food and booze has closed temporarily after a sprinkler head burst, Boston Restaurant Talk reported. JM Curley "will be closed until further notice," according to the restaurant's Twitter page, after the evil frozen culprit wreaked havoc on the space.

The 21 Temple Pl. restaurant wrote that the issue was keeping them busy, and BRT noted that a passerby saw a "closed" sign in the front of JM Curley indicating they would work to reopen as soon as possible.

Back in January, JM Curley unexpectedly closed twice for maintenance-related issues, according to the restaurant's Facebook page.

A note from JM Curley indicates that a pipe "burst from the salon above," dumping around 10,000 gallons of water. The damage was apparently extensive, but work has already started on rebuilding the restaurant, including "scrapping the damaged ceiling and dry wall." They hope to be back in action in a week but will have to reevaluate once they make some progress.