Victoria's Diner Moves Into the Future Without Abandoning the Past

The most recent owners pay homage to the diner's long history.

Share All sharing options for: Victoria's Diner Moves Into the Future Without Abandoning the Past

When Damian and Sheree Marciante bought Victoria’s Diner in 2011, it was by all appearances your typical greasy spoon. As the city’s oldest 24-hour diner, it featured an old-school menu of burgers and shakes, sported checkered booths and floors, and played host to some of Boston’s most legendary citizens, including former mayors Tom Menino and Ray Flynn (and because a Boston icon isn’t really an icon without a Whitey Bulger connection, it’s rumored to have been a favorite his). Victoria’s had become so well-known across the city that the place didn’t even need a sign out front. 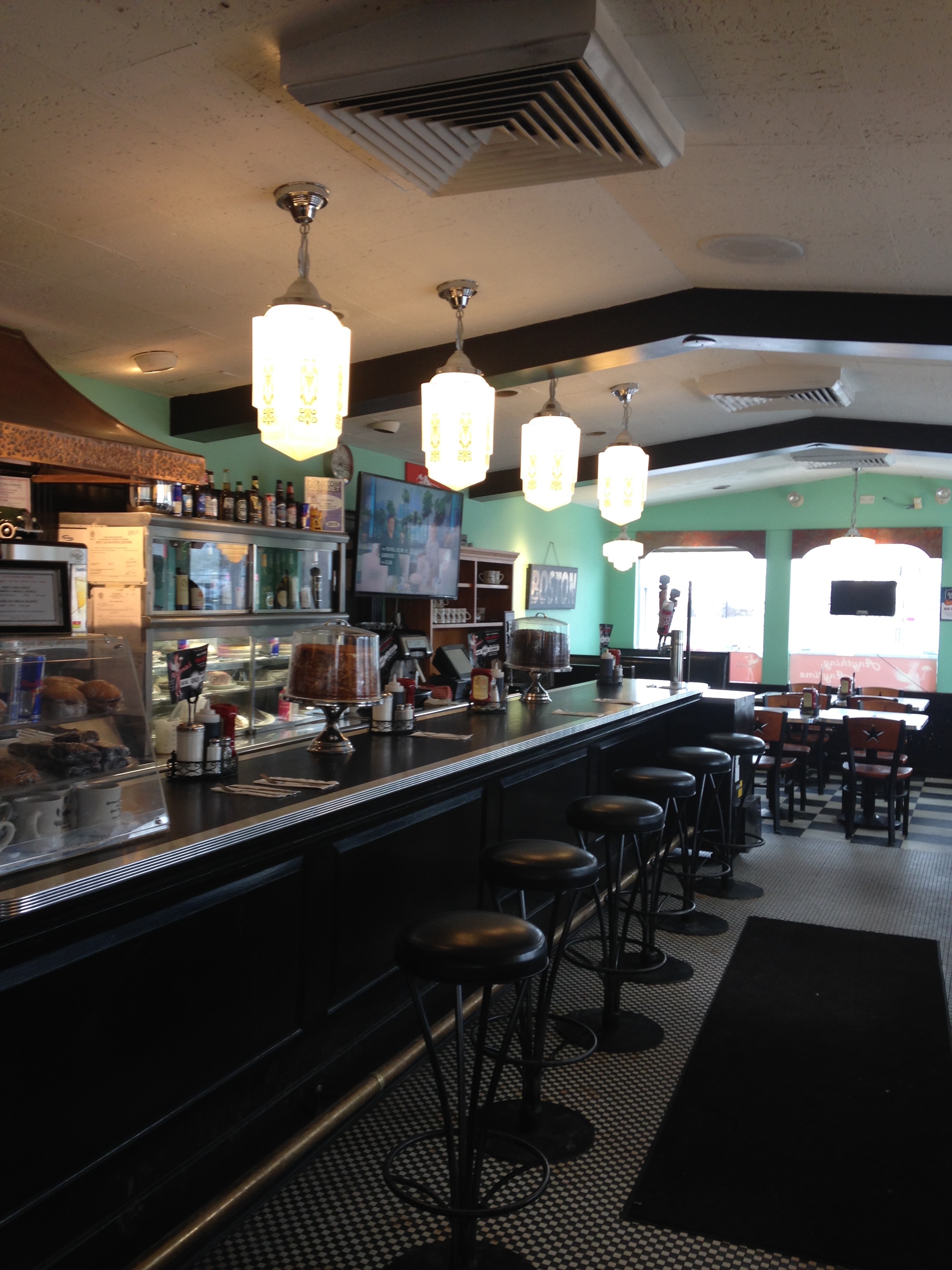 Five years, two glowing new neon signs, and a couple coats of paint later, the Marciante family has given Victoria’s something of a facelift while maintaining its classic diner vibe. But there’s one thing that hasn’t changed at Victoria’s: all-day breakfast.

Victoria’s menu offers breakfast mainstays like French toast, pancakes, and omelettes, as well as new favorites like house-made grilled banana bread, breakfast burritos, and eggs Benedict, until 10 p.m. on weekdays and all hours on weekends. Night owls can recover with Victoria’s "Rehab," one of its most popular items, featuring two any-style eggs, pancakes, or French toast; ham, bacon or sausage; and a choice of home fries or grits. And with Victoria’s beer, wine, and cordial license, late-night revelers can fully recuperate with a mimosa or bloody mary.

Located at 1024 Massachusetts Ave., the diner sits at the intersection of Dorchester, Roxbury, and the South End in the city’s largest commercial and industrial zone, the Newmarket district. It was opened as "Victoria’s Dining" in 1949 by George Georgenes, who named it after his wife, Victoria. Originally a stainless steel diner made by the Jerry O’Mahony company, which was famous for producing the iconic roadside spots that peppered towns and suburbs along the east coast during the first half of the 20th century, it was replaced by a larger brick diner that the business still operates out of today.

Georgenes’ sons, who took over after their father died in the mid-1950s, sold the diner in 2004, and since then, ownership has changed hands a number of times (with Jay Hajj of the South End’s Mike’s City Diner taking the helm for a few years in the early 2000s). With the Marciantes, Victoria’s is once again a family-run business, something that is a point of pride for the owners. 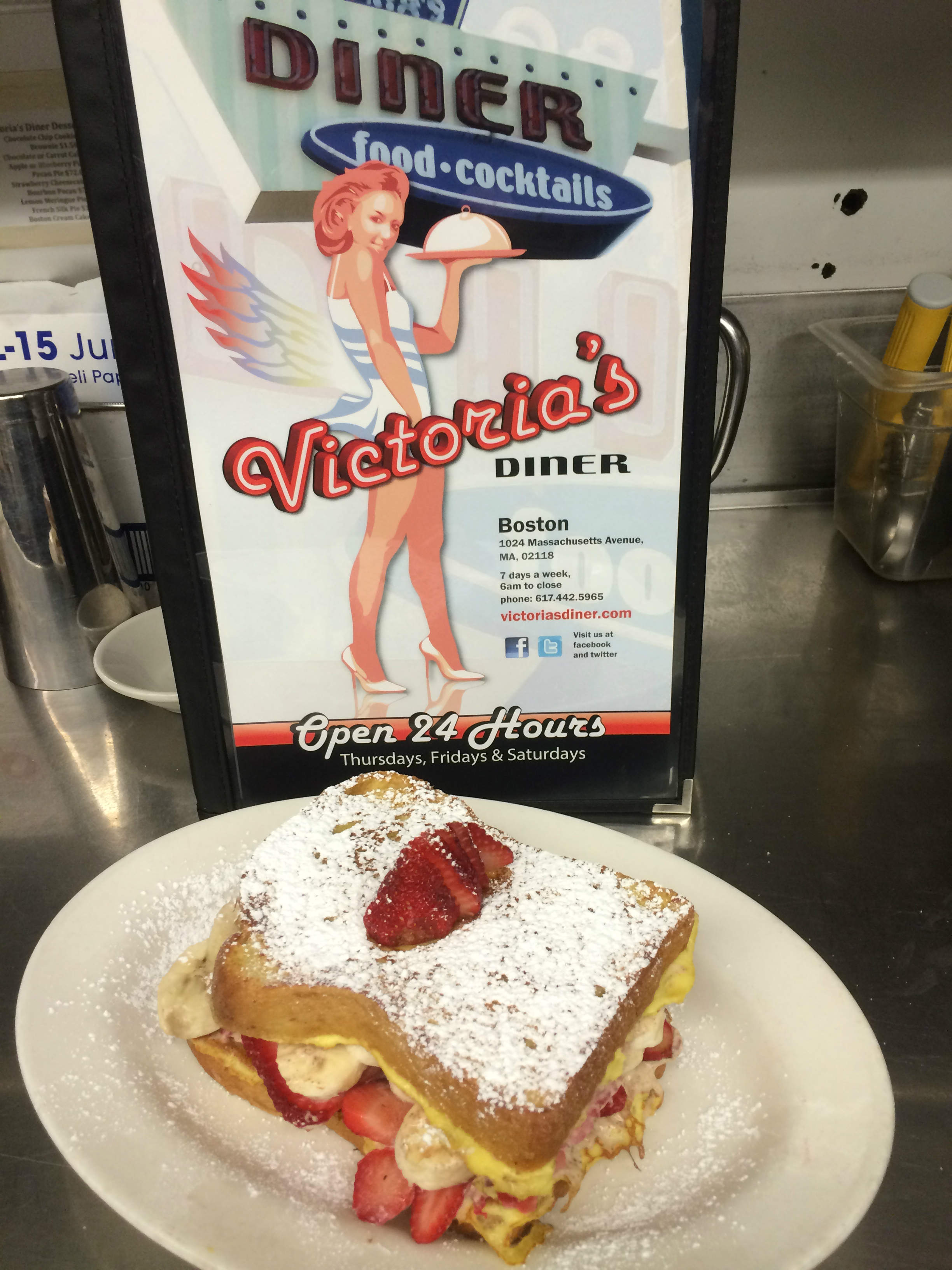 This is their first foray into restaurant ownership, and the Marciantes see Victoria’s as a passion project. They both worked in the corporate world before buying the diner —Damian in biotech and Sheree in the newspaper industry — but always dreamed of owning a business together.

"We were scared when we bought the place—terrified," Damian said. "But it’s been good. It’s been a learning experience."

Sheree, who grew up in Dorchester’s Fields Corner, spent her childhood visiting the diner, and Damian often passed it on his morning commute. So when Victoria’s came on the market in 2011, they leapt at the chance to buy it and to take advantage of a location in one of Boston’s fastest changing neighborhoods. With the Newmarket train station installed next door two years ago, and the sparkling new South Bay Town Center featuring a cineplex, hotels, restaurants, and 475 new apartments and condos planned for the next few years, Damian and Sheree said they are excited about the prospect of new traffic to the area.

"The diner has been here since 1949, so the neighborhood has really grown and changed around it," Damian said. "We see this as an investment — we see the area growing."

To meet the needs of that developing market, the Marciantes said they have plans for more updates in the future. They received a full entertainment license last year and hope to add live music, DJs, and a jazz brunch to their line-up in the future. And they said they’ve been getting requests to host weddings, birthdays, showers, and other functions in their two dining rooms.

"We’re trying to pick things little by little, things that we want to change or do over. It’s really a step-by-step process," Sheree said.

But through it all, the Marciantes have tried to keep Victoria’s true to its roots. They pride themselves on knowing many of their customers, some of whom have been coming to Victoria’s since it opened, on a first-name basis. They’ve opened their doors to Boston’s newest crop of politicians, including Mayor Marty Walsh and former Senator Scott Brown. And they pride themselves on maintaining Victoria’s as a family-run shop where their three children have worked and where Sheree and Damian spend most afternoons, tinkering with the menu and planning for the future.

"It’s a lot of work, but this is like our fourth child, as far as we’re concerned," Sheree said. "We’ve put our heart and soul into it."