It will just be a regular STK

Share All sharing options for: STK Rebel Will Not Bring Female-Friendly Steakhouse Concept to Boston After All

A steakhouse chain’s offshoot that was designed to appeal especially to women will not move forward in Boston as planned. STK is a modern steakhouse with locations that span the globe, and it originally planned to open a spinoff concept called STK Rebel in a handful of cities across the country, including Boston (in the Seaport District), but the Rebel portion of the plan has been aborted, as Eater Austin reports.

The original plan was to open steakhouses with a high-energy vibe (courtesy of weeknight deejays), a lower price point, and more options on the menu, reportedly in an attempt to woo women. “If you want to make a lot of money in this world, focus on the female market and women, because men only get to make three percent of the decisions,” Jonathan Segal told the Boston Globe in January 2016, when the plans were first announced. Segal is founder and CEO of The One Group, a hospitality company that also oversees the Asellina in New York, Helliot Steak House in London, and a handful of other higher-end restaurant concepts.

Now that plans for STK Rebel restaurants in San Diego, Austin, Denver, and elsewhere have been scrapped, the restaurant group is reportedly pursuing its original STK concept in those cities instead. The company has not yet confirmed to Eater that it still intends to open a restaurant here, but Boston does appears on the list of STK locations, and there are several recent job postings, so stay tuned for updates. 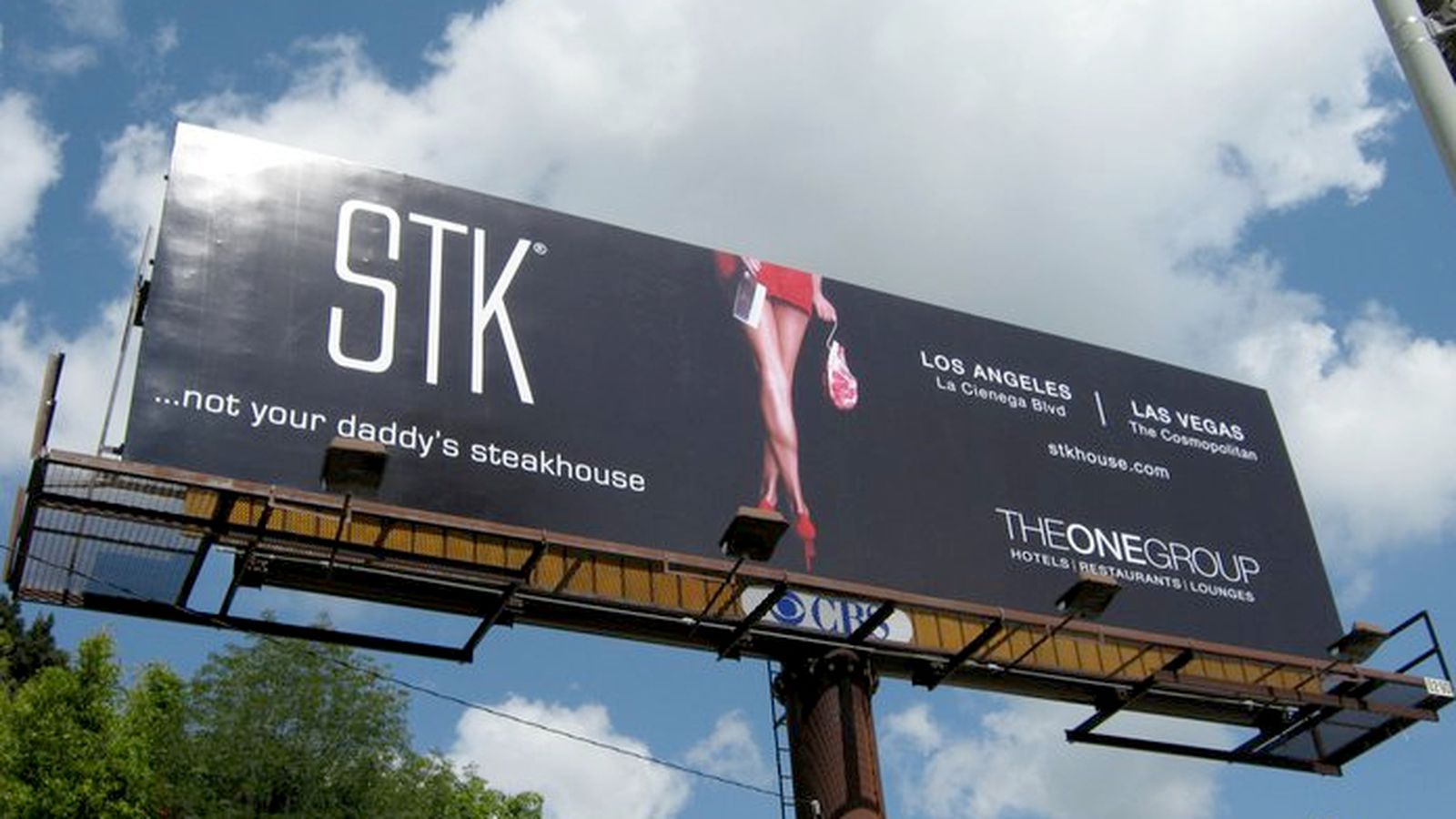 How Steakhouses Sell Themselves to Women

The steakhouse has had a manly reputation for quite some time. In 1905, actress Lillie Langtry tangled with New York's iconic Keens Steakhouse over its strict "gentlemen-only" policy. Langtry — who...