Penguin Pizza Will Get a Poutine-Serving Sibling Spot

Share All sharing options for: Penguin Pizza Will Get a Poutine-Serving Sibling Spot 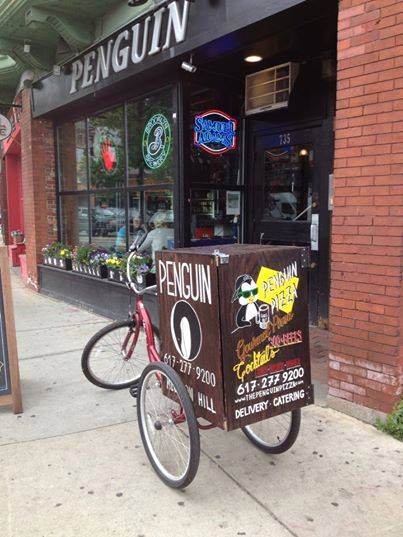 A popular pizza place in Mission Hill will soon have a new sibling. Penguin Pizza owner Dermot Doyne plans to open a new restaurant called Grub, according to Boston Restaurant Talk, expanding his already solid grip on providing comfort food to the neighborhood.

Grub will take over the former Kwik-E Pizza and Subs restaurant at 738 Huntington Ave., and its menu will include poutine and sandwiches, in a break from the concept that has won Penguin Pizza a number of food-related accolades in Boston. A full-blown menu is not yet available on Grub’s website, but a cartoon of deconstructed poutine should be enough to heighten the anticipation for what eventually will come out of this new restaurant.

This new spot will be situated just across the street from Penguin Pizza, which will continue serving up pies, wings, sandwiches, and much more.