The Davis Square spot is planning its final day 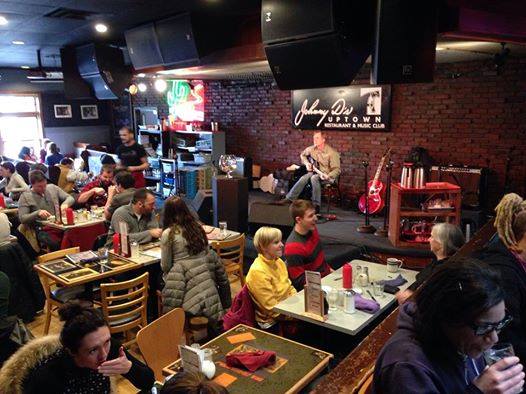 A popular restaurant and venue in Davis Square will close up shop as previously planned. Johnny D's Uptown Restaurant and Music Club at 17 Holland St. in Somerville has a final farewell set for March 13, according to a flyer on the restaurant's website.

The venue's owner, Carla DeLellis, previously said the decision to close Johnny D's was personal, not not financial.

"As I contemplate my stage in life and my children's security, along with the market, the time is now right to develop the property," she wrote in a note on Facebook back in July 2015.

Her parents first opened the place as a bar in 1969, and it evolved into its current music-friendly venue over the years.

The flyer on Johnny D's website invites guests to "join our second line on our final day." Doors open at 4, and there will reportedly be a parade through Davis Square at 5:30 p.m. on Sunday, March 13.

DeLellis owns the building in which Johnny D's operates and has plans to develop the space, as previously reported.