Another rock club bites the dust.

by Jacqueline Cain Sep 9, 2015, 9:00am EDT
Via Fenway Rock Club and Restaurant Church of Boston Pulls the Plug on Live Music [V], Church Is Latest Boston Music Locale to Shut Down [BG], Church Rock Club in Boston's Fenway Has Closed; Restaurant Remains Open [BRT], and All Coverage of Church on Eater [EBOS]

Share All sharing options for: Church Has Ceased Live Music; New Owners Could Expand the Restaurant 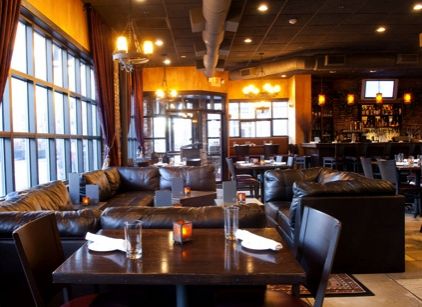 Church of Boston, a music venue and restaurant on Kilmarnock Street near Fenway, unceremoniously shuttered its performance space over the weekend.

Vanyaland reported that the owners decided to close the venue on Friday afternoon, after reaching a deal with a yet-unnamed buyer. All shows have been cancelled, though Vanyaland reports the venue will host a final hurrah in early October.

An unnamed representative of Church told the Boston Globe that both the venue and restaurant are under agreement to be sold. The restaurant, which serves creative comfort food like she-crab soup, grilled flatbread, baked macaroni and cheese, rainbow trout with jalapeno cornbread stuffing, and more, remains open, according to a tweet from the restaurant. Other than that information, Church has not commented publicly on the closure as of press time.

Sources tell Boston Restaurant Talk that the 225-person venue will be incorporated into the restaurant space.

The Globe spoke with a member of the band Light Bright, slated to perform at Church tonight. He said he learned of the closure from friends on Facebook. As of yesterday, he said neither the club's booking agent nor its owners had contacted him.

Benny Tucker, the club's booking agent, shared publicly on Facebook on Saturday that the closure came as a surprise to him. He wrote [Sic throughout]:

"[I] was told via text message that as of today, the club was being sold and imeadiatly shut down. Unfortunately, this was with the complete disregard for our artists. For me, I'll tell you, I was given no notice on this myself. Truthfully. As surprised as you are, as so am I. People that know my integrity, know that I will take care of every artist effected by this closure. It's clear that I was given no warning about this and luckily, I have a wonderful relationship with all of the other existing venues in Boston and we will be moving many of the shows to other locations."

Vanyaland noted that since the club's opening in 2007, neighbors have taken complaints to the city regarding loitering and noise around the venue. The blog also reported that the city reduced Church's curfew to midnight. But Tucker said those facts are not part of the closure. "The club has been for sale and a purchaser has stepped forward," he wrote.

The Globe's source told the paper "the local scene has changed." It certainly has: News of Church's closure comes at the end of a summer that has seen T.T. the Bear's Place shutter in Central Square and the announcement that Johnny D's in Davis Square will close early next year. The Beachcomber, a dive bar and venue in Quincy, also recently announced plans to close.

Church has promised more information this week. Keep an eye on its Facebook, Twitter, and website for updates on the buyer, the club's swansong, and its rescheduled shows.

UPDATE, 9/29/15: The restaurant is now closed as well, and the owners of Nix's Mate are reportedly the interested buyers.

[Photo: The restaurant side of Church of Boston, Official Site]