The 5-year-old rum distillery plans to be "a destination place."

Share All sharing options for: Turkey Shore Distilleries and an Unnamed Brewery are Getting New Digs in Ipswich 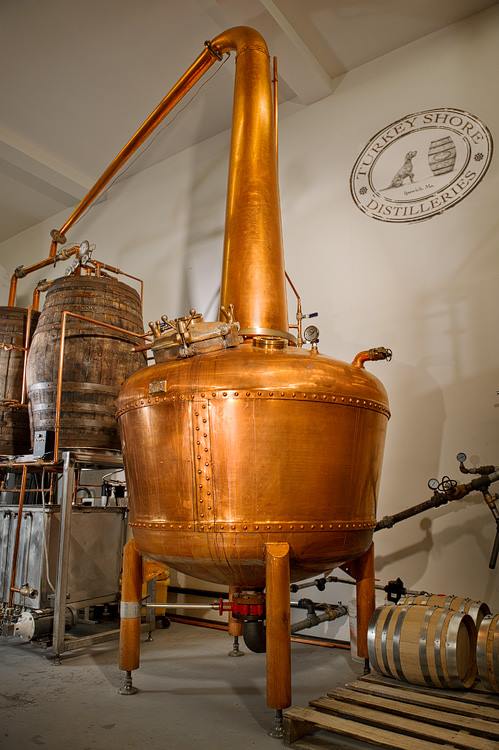 An established craft distillery in Ipswich has plans to make itself "more of a destination place" with a new home at at a former car dealership site, promising tours, retail, and a cocktail bar. Turkey Shore Distilleries shared last week that it is moving into a new building on the former O'Keefe Chevrolet campus on Route 1A.

The rum maker will also be joined by a new craft brewery, the company said on Facebook, though it has not divulged that other company. The new brewery "is not ready quite yet to come out of the shadows," Turkey Shore said, adding "They are great people, and will be fun neighbors."

Turkey Shore was started in 2010 by Mat Perry and Evan Parker. The two friends were exploring the possibility of launching a rum distillery in their hometown when they learned that Ipswich had a distillery in colonial times, and it happened to be located on the street where both men grew up, Turkey Shore Drive.

The O'Keefe lot, located at 116 County Rd., is about 40,000 square feet, and has been vacant since 2008. An North Shore businessman purchased the lot last year with plans to commercially develop it, Salem News reported.

Early this month, TheLocalNe.ws shared a conceptual plan that shows three distinct uses for the site: Turkey Shore Distilleries and the brewery will take up 15,000 square feet in a rear building; a new, two-story building will house medical offices; and Aubuchon Hardware and Benjamin Moore Paints would move into the current building on the lot.

The distillery currently offers amber, white, and spiced rums under its flagship brand Old Ipswich Rum. It hosts tours at its current site, 23 Hayward St. #8, but it has more in mind for the new location. In addition to a cocktail bar, Turkey Shore has an outdoor patio planned. No timeline has been given for the distillery's eventual opening, but follow along on Facebook as the plans get finalized.