Meredith Gallagher IN at Steel & Rye, Which Could Eventually Expand

Most recently opening general manager at Townsman, Gallagher will be director of operations at Steel & Rye in Milton.

Share All sharing options for: Meredith Gallagher IN at Steel & Rye, Which Could Eventually Expand 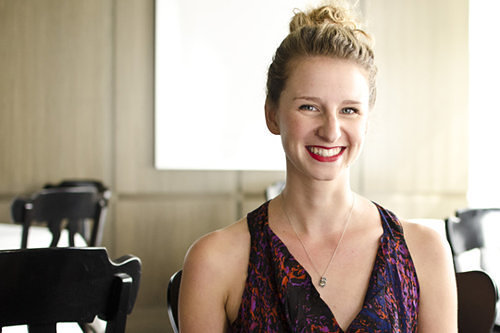 Townsman, now nearing the seven-month mark, has seen a couple big staff changes in recent weeks: opening bar manager Sean Frederick has departed (Farmstead alum Silas Axtell has taken over the role), and opening general manager/wine director Meredith Gallagher is heading over to Steel & Rye to be director of operations, effective in mid-October.

Before Townsman, Gallagher was general manager at Menton and landed a spot in Eater's elite Young Guns Class of 2014, a group of sixteen distinguished young hospitality industry professionals across North America. Her resume also includes stints at Craigie on Main and Radius.

Located in Milton, right by Dorchester's Lower Mills neighborhood, Steel & Rye opened in late 2012. Since then, it has racked up numerous positive reviews (see Boston Globe and Boston Magazine, for example), and despite the large space, it's routinely a tricky reservation to obtain. While the ever-changing menu features plenty of dishes worth exploring, burger enthusiasts can't miss Steel & Rye's incarnation of the classic, easily one of the best in the Boston area.

Gallagher's move brings her closer to family and home — her husband, Ted Gallagher, is general manager and beverage director, and their home is less than a mile from the restaurant. The power duo met working together at Craigie on Main five years back and have always endeavored to continue working together. According to an announcement from the restaurant, Gallagher's arrival on the team signifies not just a commitment to the existing location's development but also an "intention of future expansion."

Editor markup for Steel & Rye Gallery. This is only visible in the story editor.
Foursquare