80 Thoreau Team Has a New Concept Coming to Back Bay

The Concord trio is "excited to come to Boston."

Share All sharing options for: 80 Thoreau Team Has a New Concept Coming to Back Bay 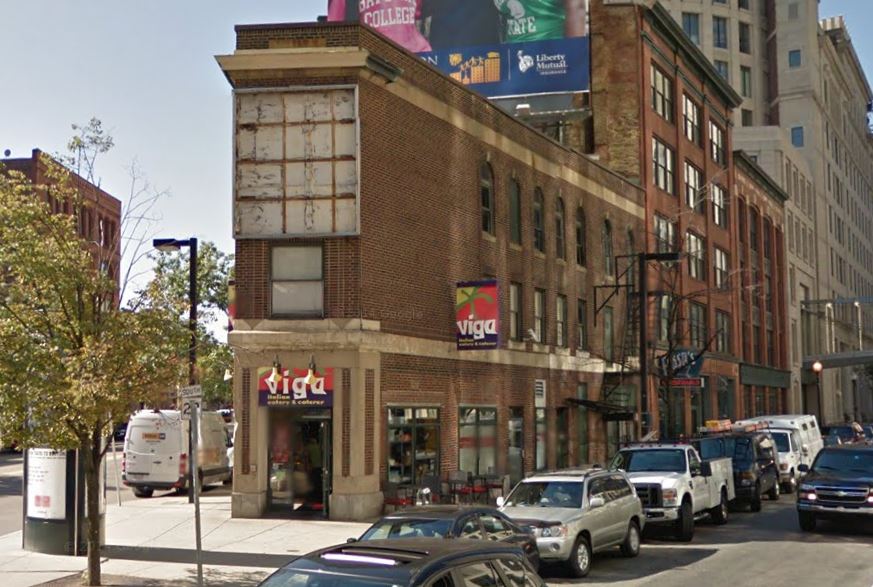 Ian Calhoun, Vincent Vela, and chef Carolyn Johnson, the team behind 80 Thoreau in Concord, have a new venture slated for a unique building at 304 Stuart St.

A representative of 80 Thoreau confirmed the project, which is noted on a new Boston Licensing Board agenda. The name and concept of the new venture haven't been finalized, and no timeline was given for the new restaurant's debut. "It is in the early stages," the rep said. "Ian, Carolyn and Vincent are excited to be coming to Boston!"

On the corner of Columbus Ave., 304 Stuart St. appears almost triangular. Perhaps the company's Triangle Restaurant, LLC is in reference to its new home? According to the licensing agenda, the new restaurant will operate over three floors and a basement, with takeout and counter service on the ground level and seating on the third floor, and the main kitchen and bathrooms on the middle level. The basement will be used for storage.

The space formerly housed a location of Italian takeout spot Viga, which welcomed guests only on the first floor. It shuttered in April. The 80 Thoreau group is looking to take over the licenses, including one for beer and wine, from Boston Indian Kitchen, a restaurant that only opened in January in Back Bay.

80 Thoreau opened in April 2011 and has been racking up accolades in the years since. Billed as "progressive fine dining," 80 Thoreau has a streamlined menu focused on seasonal fare with frequent tasting menus. Recently, Johnson (a Rialto alum) has highlighted corn and tomatoes; striped bass; and asparagus. The atmosphere is "worthy of an epicurean outing yet comfortable enough for a casual dinner."

The team's representative said to expect the same hospitality and attention to culinary detail at their Back Bay concept.