The fast-casual shop is opening in East Cambridge.

Share All sharing options for: Tahaza Hummus Kitchen Will Share Its Take on Old-World Cuisine Later This Summer 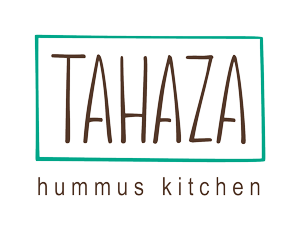 Tahaza Hummus Kitchen is opening up at One Canal Park, and the new, fast-casual shop aims to debut "in the coming weeks," the Boston Globe reported.

A press release gives the timeline "later this summer," and a notice in the Cambridge Chronicle indicates the company is up for its common victualler's license during a hearing on September 8.

The press release reiterates information gleaned from a few job listings last month: Tahaza will offer a build-your-own Mediterranean bowl, salad, and wrap concept. The release notes founder Emily DeBonis is inspired to take this contemporary look at Old World cuisine from her travels in London.

Tahaza will be a "modern space" located in a new development near Lechmere Station. It will have 30 seats inside, as well as a 30-seat patio, according to the legal notice about the Sept. 8 hearing.

One Canal Park is one of two anchoring restaurant spaces, which both feature "expansive window frontage along First Street, high ceilings and potential for activating outdoor areas." The adjacent storefront is the proposed location for a brewpub concept from Lord Hobo publican Daniel Lanigan.

Language used in job listings posted earlier this month suggests Tahaza has more than one location in mind. "Tahaza Hummus Kitchen is a bold, new, fast casual Mediterranean concept, opening its first store in Cambridge," the post reads, adding, "make an impact from store one, and grow with us!" The press release doesn't mention plans for any other locations at this time.

Tahaza has launched a splash page and an email newsletter. It has also reserved a Twitter and Instagram handle, @TahazaHummus. It has a fledgling Facebook presence, too.

UPDATE, 3:35 PM: An earlier version of this article said Tahaza's Facebook and Instagram profiles were not live yet.

Fast-Casual Mediterranean Cuisine Is on the Rise in Boston