Another Nail in the Doc's Long Wharf Coffin

A judge rules against the Boston Redevelopment Authority in an endless saga to open a restaurant at the tip of Long Wharf.

Share All sharing options for: Another Nail in the Doc's Long Wharf Coffin 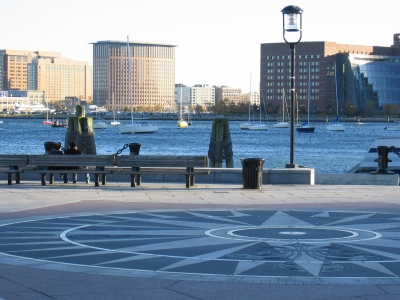 In a battle that has spanned nearly a decade, the Boston Redevelopment Authority has been trying to get a restaurant to open up at the end Long Wharf, past Chart House, where there's currently a pavilion and plenty of nice, open space. The original proposal, coming from Eat Drink Laugh Restaurant Group owner Michael Conlon (Paramount, 21st Amendment), called for a 220-seat restaurant called Doc's Long Wharf. It would have indoor and outdoor seating, live music, and "moderately priced" food and drinks.

Residents have put up a strong fight against the BRA over the years, arguing that it's protected land, meant to be reserved for people to enjoy the great outdoors. Last summer, an old map dug up from the National Park Service archives seemed to confirm this, leading the BRA to file suit against the NPS for allegedly "arbitrarily expand[ing] the boundaries of protected park space on Long Wharf and prevent[ing] construction of a restaurant on the city-owned waterfront parcel." According to the BRA, the protected space is actually in the adjacent plaza; the potential restaurant space is good to go.

Yesterday, a federal court judge sided with the NPS, reports NorthEndWaterfront.com, declaring that the space is protected as parkland under the Land and Water Conservation Fund Act. (Read the full ruling here.)

There's still room for appeals, so Doc's could still open one day, but for now, there's another strike against the plan.