Cinderella's Will Be Reborn Next Month With a Facelift, a Full Bar, and a New Outlook

From house-made limoncello to a rustic-meets-industrial vibe, the new Cinderella's wants to be a cozy neighborhood spot.

Share All sharing options for: Cinderella's Will Be Reborn Next Month With a Facelift, a Full Bar, and a New Outlook

Cinderella's is growing up. The 21-year-old Central Square casual Italian restaurant, perhaps best known for delivering large portions of carbs late at night, has been closed for renovations for a few months now, working towards a big rebranding — complete with a full liquor license (a step up from the old beer and wine license) — as previously reported. (Throughout the renovation, delivery has continued to be available, so you can still fill that craving.)

New co-general managers and bar managers David Wells and Kyle Fletcher — both alums of McCabe's on Mass and Five Horses Tavern — have shared some more details about Cinderella's rebirth, which is expected to be completed in the middle of September.

For one thing, the food menu "will definitely change," said Fletcher, but it won't be completely unfamiliar. "Right now, we have a huge takeout menu, and we're trying to change into a restaurant and bar and not be a takeout place anymore. [Antonio Barros] has owned the place for 21 years, and seeing everything around him changing, moving in a different direction, he wants to stay up on that. We're going to be pulling stuff off of the original menu and tweaking stuff, creating smaller menus that are a bit more approachable, a bit easier to navigate. We'll have a lunch menu, a dinner menu, and our own kind of progressive bar menu with items that come out fast. Better ingredients, local stuff."

"It's a hard medium that we're trying to hit," added Wells, "because he's been there 21 years. He has a lot of loyal customers that really want to come back, so we can't just completely change it. We're trying to find a really nice middle ground and find our niche in the neighborhood. I think we've carved out a pretty nice spot."

The team has just brought Adam Ganson onboard as chef; he's an alum of McCabe's on Mass, Menotomy (in Arlington), The Lower Depths, and Bukowksi Tavern.

As for the beer, Wells and Fletcher will be serving 20 on draft, about half of those rotating, as well as bottles. "It's going to be mostly craft beer," said Fletcher, adding that the duo hopes to appeal to other restaurant industry folks. "[But] we'll have something on the inexpensive side on draft for the people who want something a little lighter, a little easier, a little inexpensive."

Monday nights will likely have a beer focus, whether it's a new release, tapping a cask, or some other kind of promotion, Wells said. They're both looking forward to growing the beer knowledge they've picked up along the way, especially at Five Horses. Fletcher helped open both the original Davis Square location and the newer South End one.

And the full liquor license will lead to things like house-made limoncello on tap (and at least one cocktail on tap as well). Fletcher is also working on a house-made fireball shot, "not that syrupy crap that you get in the bottle," he said.

The renovation will result in a 50-seat space (14 of those will be at the bar) with a mix of high-tops and regular tables. One of the most distinctive features will be the giant garage doors that take up most of the front wall, offering a great view of bustling Central Square. There will also be a mural by Cambridge-based artist David Fichter, along with some other local art. And keep an eye out for a vintage Castro convertible table that the team found at Odds & Ends in Somerville.

There will be a couple televisions at the bar, but Wells and Fletcher don't expect that the place will have a sports bar vibe. "I think we'd be more music-oriented than sports-oriented, especially with this neighborhood that we're in," noted Wells, who is a musician himself. "We'll have Spotify and take requests from everyone who walks into the place and put it on a playlist," added Fletcher. 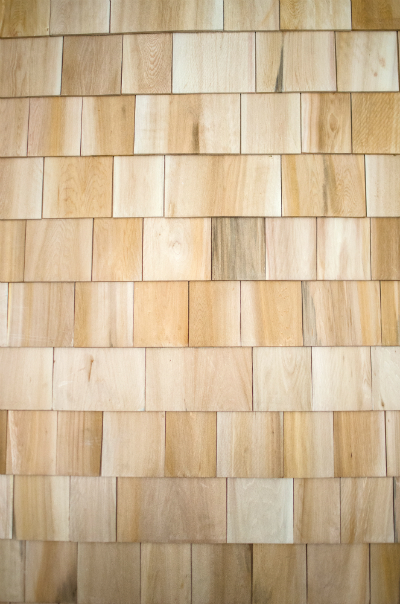 The team is going for a rustic-meets-industrial ambiance, from light wooden shingling throughout the space to hanging, caged Edison bulbs. The casual, comfortable vibe is representative of the team's desire to fit in snugly with the existing Central Square restaurant ecosystem. "We want to co-exist with everyone around here," said Fletcher. "We don’t want to do what everyone else is doing. We don’t want to compete with anyone across the street or next door. We want to provide our sort of thing, they provide their thing, and we co-exist. Our staff will go see them, and they will go see us, and we'll all work together and make it work. It seems that the more people are in the area, the better we all do."

"We're hoping we can just bring everybody together," said Wells. "The neighborhood, the students, the businesses. We're really excited to open up. We're both going to be behind the bar, and we can't wait to be back there for our friends who are missing us and for new people."

"We have a lot of fun working together," said Fletcher. "Sometimes in the industry, people get a little bit jaded, and that's not what we want to do. We are happy behind the bar, we are genuine, we enjoy being back there. We're going to pass on that vibe to everyone else."

"I always tell people I'm not in this business for the long hours and the lack of benefits," said Wells.

"I think [the shingles] completely speak to what we're doing," said Fletcher, "even though it seems like a small thing. It's warm, it's inviting, it's friendly, it's happy — that's what we're trying to do."