A downtown apartment building is getting an in-house cafe. 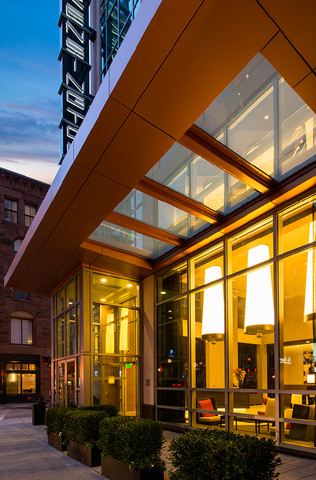 A Salem-based coffee roaster is opening its second Boston location soon. An Eater tipster reports that signs have gone up for Jaho Coffee & Tea, located at the Kensington apartment building at 665 Washington St. in Chinatown.

According to Jaho's website, the downtown location will double as a wine bar.

The Kensington, which started leasing residential units at the end of 2013, lists an "early summer 2015" opening for Jaho Coffee & Tea in its retail space. Last month, Jaho said it anticipated the Washington Street cafe to open by the end of July. It's now the second week of August, so its debut should be imminent.

Jaho currently has two locations in Salem and another cafe in the South End. In addition to coffee and tea, Jaho sells pastries, salads, and sandwiches.

[Photo: The Kensington will be home to a new Jaho Coffee & Tea/Official Site]