Signs are up, staff is sought.

Share All sharing options for: Worden Hall Will Be 'the Welcome Mat for South Boston' With 100+ Beers 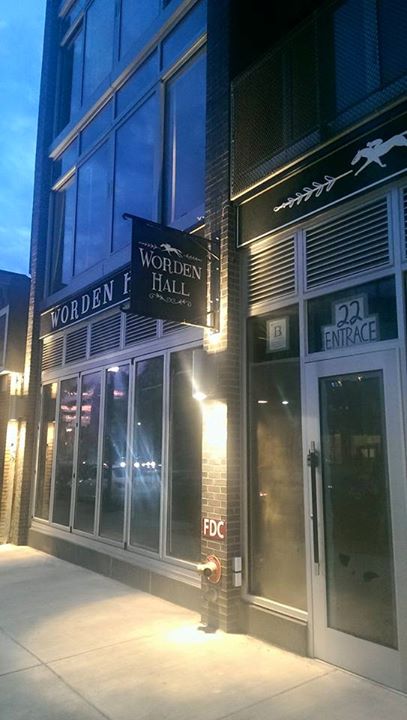 Worden Hall appears to be coming along in South Boston, with signage recently going up at 22 W. Broadway, shared by a tipster on Twitter. As previously reported, the new venture from the team behind two locations of Five Horses Tavern has been aiming to open sometime this summer.

Promising to be "the welcome mat for South Boston," a job listing on BostonChefs.com for an assistant manager posted late in June said the new tavern was "set to open in a few months." Yesterday, a Craigslist post seeking full- and part-time front-of-house staffers went live, but it doesn't include a timeline.

Earlier this week, Eater Boston reached out to Dylan Welsh, owner of the South End and Somerville Five Horses Taverns, as well as the human resources contact, for an anticipated opening date and other details. Worden Hall is under construction as part of the mixed-use development 26 W. Broadway, which started renting residences earlier this year.

Worden Hall appears to have claimed a Twitter handle, @WordenHall, but it hasn't tweeted yet. @5HorsesSouth is among its first followers.

According to the recent job post for servers and bartenders, Worden Hall will have more than 100 craft beers and 140 whiskeys available. It acquired its liquor license from The Patriot, which closed in April.