Shanghai Fresh will likely open later this year in Cambridge.

Share All sharing options for: Picante Mexican Closes to Make Way for a Shanghai Gate Expansion 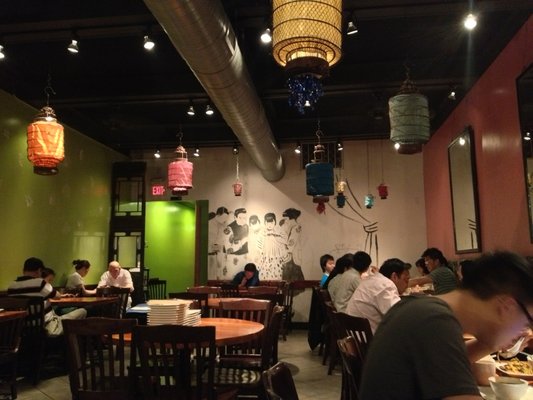 Boston Restaurant Talk noted that Picante's last day in business was Thursday. A Yelper shared the news, too, as it was posted on the window of the restaurant last week. Picante Mexican Grill was a no-frills, Central Square staple for more than 20 years. It served tacos, quesadillas, enchiladas, burritos, and more, accompanied by a buffet-style array of salsas and condiments.

Back in May, BRT noted via an agenda for the City of Cambridge Licensing Commission that a place called Shanghai Fresh would be taking over. A search for the manager's name in Massachusetts filing records connected the forthcoming spot to Shanghai Gate, as previously reported.

Shanghai Fresh was approved to have 45 seats inside, as well as an outdoor patio with seating for 16 diners, a Cambridge licensing department employee confirmed. The interior dining room will have beer and wine options. The restaurant could be open daily 11 a.m. - 11 p.m., but how those details will play out will be determined as Shanghai Fresh prepares to open.

Meng said the new restaurant is "just an extra location" that will not affect the Harvard Avenue restaurant. Shanghai Fresh will have a similar menu as Shanghai Gate, which is known for authentic Chinese cuisine. Boston Hidden Restaurants, the sister site of BRT, recommends the plate of juicy, steamed pork buns; "addictive" string beans in garlic sauce; spicy, crunchy, paradise mountain chicken; and other dishes that are "prepared beautifully, and have the wholesome freshness that is not always found in other Chinese restaurants."

Look out for the new Shanghai Fresh later this year.