Because movies are always improved with booze.

Share All sharing options for: Fenway Regal Cinemas Could Get Beer & Wine in Time for the Heat of the Summer 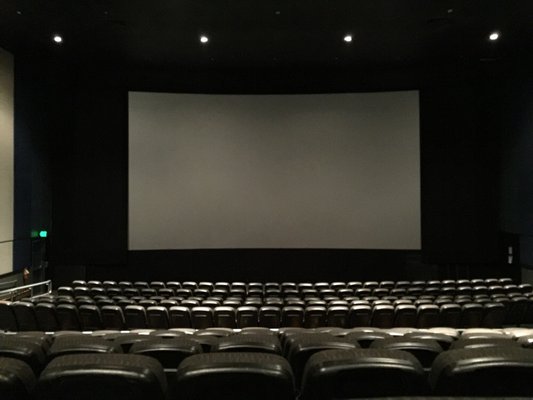 Just in time for the hot, sticky days that help keep movie theaters afloat in the age of Netflix, Regal Cinemas in the Fenway neighborhood could start serving booze. The megaplex is looking to take over the beer and wine license from a shuttered California Pizza Kitchen.

The nation's largest movie theater chain, Regal, began introducing alcohol at its concession stands in 2007, according to a 2008 USA Today article about the growing trend. Along with reclining seats, the amenity is meant to draw people back toward the silver screen. The Fenway outpost has 18 auditoriums, and it's getting luxury seating soon. (Want to test the comfort level? The recliners are currently set up in the lobby.)

Regal says the efforts are working: Profits are up, The Hollywood Reporter learned. During the first quarter of this year, concession sales per customer hit an all-time high of $3.92 within the Regal chain.

Cozier area theaters, like the Somerville Theater in Davis Square, the Brattle Theatre in Harvard Square, and Coolidge Corner Theatre in Brookline, have long offered booze and expanded food offerings along with showings of films, and megaplexes are now catching on. In the Boston area, the AMC at Assembly Row, which opened last year, and the Showcase SuperLux in Chestnut Hill both offer adult beverages and substantial dinner menus.

The Boston Licensing Board is slated to hear Regal's license request next Wednesday, July 8.