Flavorful Meat Right Down to the Bone at Machu Chicken

For Cheap Eats Week, learn more about Union Square's Peruvian polleria, which brings a lot of food to the table for $12.

Share All sharing options for: Flavorful Meat Right Down to the Bone at Machu Chicken 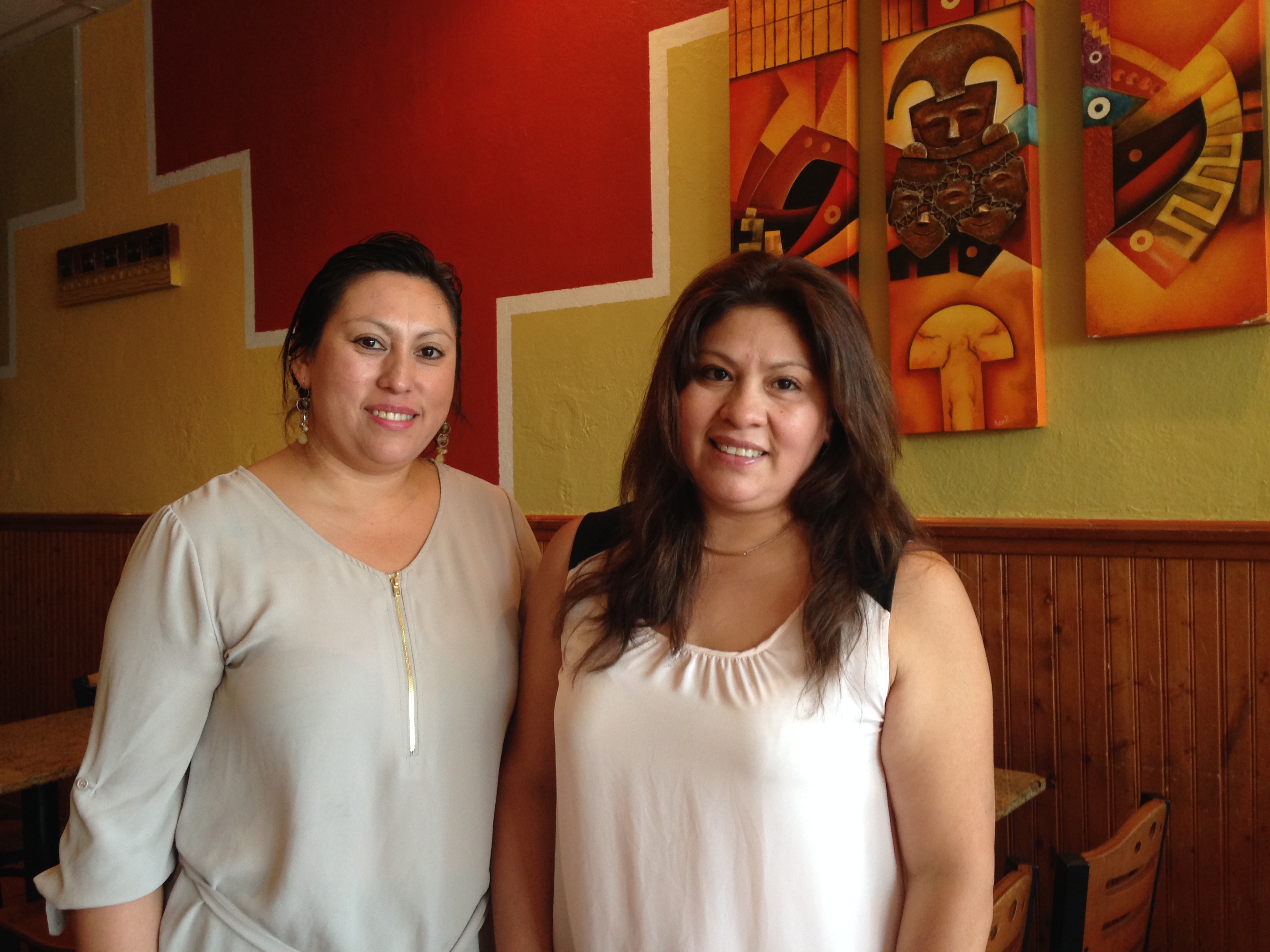 The past decade has seen the rise of Somerville’s Union Square as a bustling gastronomic neighborhood, and Rosy Cerna has seen it all from her restaurants in the heart of it.

Cerna is the owner of two Peruvian restaurants in Union Square, Machu Picchu on Somerville Ave. and the more casual, charcoal chicken rotisserie and grill, Machu Chicken. Plus, in December, Cerna and her husband, Hugo, opened up Machu Chicken El Salvador in Merliot, San Salvador, her husband’s native country. He often travels there to visit family, "So why not do business and visit?" Cerna said, with a laugh.

The restaurateur also opened Latin American diner Mixtura on Beacon Street in 2012, but it has recently shuttered. "The owner got too busy," Cerna's sister and general manager, Angelica Cortez, quipped.

In Somerville, Machu Chicken is a bright space, painted a cheery yellow and deep red, windows spanning the entrance overlooking Union Square. Behind a wavy-topped bar and takeout counter, reminiscent of Latin American engineering (indeed, architecture was Cerna's career path before she left Peru in 1995) is the kitchen, which Cerna outfitted with a custom-built — and custom-permitted — rotisserie oven from Peru. 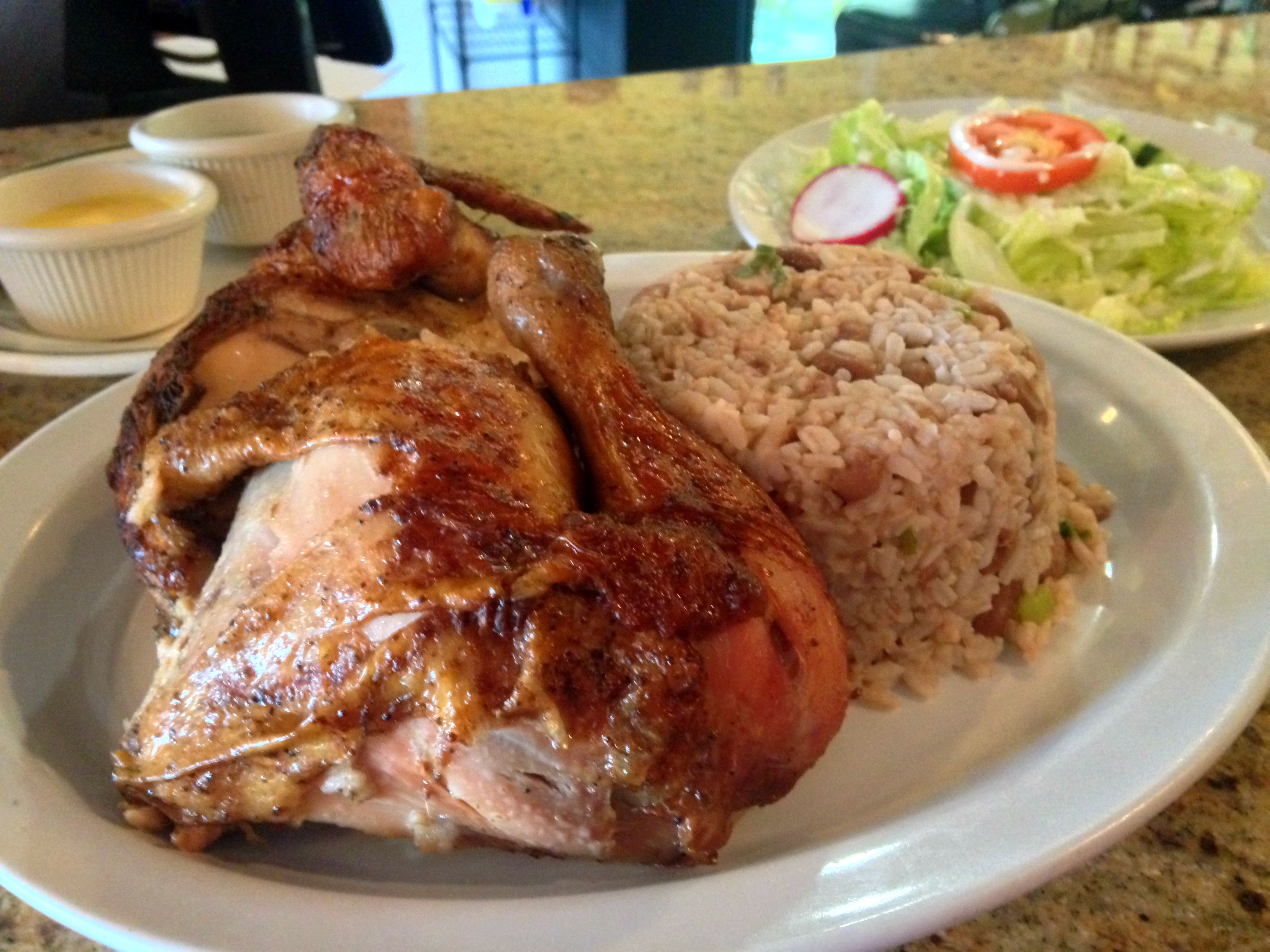 Over burning embers of natural, Peruvian charcoal, about 500 whole chickens per week are roasted in the traditional style of her homeland, attracting guests from Somerville and beyond with huge portions of tender, savory meat. For $12, half a chicken — a crispy-skinned, juicy breast of white meat with the wing attached, and a dark and tender thigh and drumstick — comes with your choice of traditional side, a green salad, and two tangy dipping sauces. It’s easily three or more meals, and the bones can be repurposed as a full-flavored, homemade stock.

Sometimes, if guests finish their portions (quarter chickens are available for $7.50 - $9, depending on the side, and whole chickens are $20 for a family to share), they ask to take the bones home anyway. "They say it’s for the dog," said Cortez, laughing. "You can eat the bones right out of that chicken, though, I’m telling you. So flavorful."

"You gotta try it, really," Cortez continued. "It’s a special flavor that you don’t get anywhere else. You compare the chicken with a normal roasted chicken here, the Boston Market chicken [for example], it has nice flavors, but you put it next to the Peruvian chicken and it’s a whole different idea."

It’s not a challenging dish, though, as the Boston Globe described earlier this year. At Machu Chicken, 3.5-lb. birds are marinated for a minimum of 12 hours in Peruvian beer — Cerna uses Cristal and Cusquena — oregano imported from her country, cumin, salt, black and white pepper, and "a lot of garlic."

Despite the relative simplicity of pollos a la brasa and its broad appeal, establishing the restaurant took considerable effort.

When she took over the space at 25 Union Square in 2000, it was a Mexican restaurant. "I wanted to do Peruvian, but I was so scared. Union Square, there was no one here!" she said, referring to general liveliness of the neighborhood at that time, and also speaking to the Peruvian population in the area. "I think I searched in Somerville, there was only three Peruvian families. I was like, who is going to buy my food? Mexican was more popular."

She kept Mexican fare for about three years; her restaurant was called Jalisco. In 2003, she opened Machu Picchu in the space, with a broad range of traditional Peruvian cuisine — seafood, grilled meats, flavorful rice, root vegetables, and much more.

"People have started coming from all over the place," said Cortez, who has been involved in the restaurant group on and off from day one. "We were the second Peruvian restaurant. The Chalan [Pollos a la Brasa El Chalan in East Boston] was just the chicken, so she was pretty much the first to have the authentic Peruvian restaurant. There are others, but they have mixtures of Colombian and Central American."

It got so busy that in 2006, Cerna moved Machu Picchu to a larger space at 307 Somerville Ave. But she held onto the Union Square proper address. In Peru, it’s typical for restaurants to operate as either a chicken restaurant, a polleria, or not offer the dish at all. Machu Picchu has never had pollos a la brasa, either at its original location or at its current home. In 2008, she opened up the concept.

"The chicken is such a big deal for us that it takes away from everything else," Cortez said, matter-of-factly.

The other reason for this separation is the special equipment required for the preparation. Cerna had Machu Chicken’s rotisserie built in Lima, and it took about a year to get it safely permitted, she said. "It was a machine not approved here in Massachusetts, so we had to convert it completely but keep it the same so that it keeps the chicken flavor. That was a big challenge."

The metal oven is lined with brick that concentrates the flavors from both the spices and the charcoal.

"Keeping the traditional recipe was key," Cerna said, referring to holding onto the clientele she built up and making space for two Peruvian restaurants in tiny Union Square.

And keeping prices low is also important. "Especially the last two years, I think, prices for the raw materials went up. But it’s a fair price, and it’s low," Cerna said.

"This is busier than the other places, probably because the prices are low, but also because the chicken is so good," added Cortez. "It balances."