Sean Patrick Morrison IN at BOND at The Langham

Share All sharing options for: Sean Patrick Morrison IN at BOND at The Langham 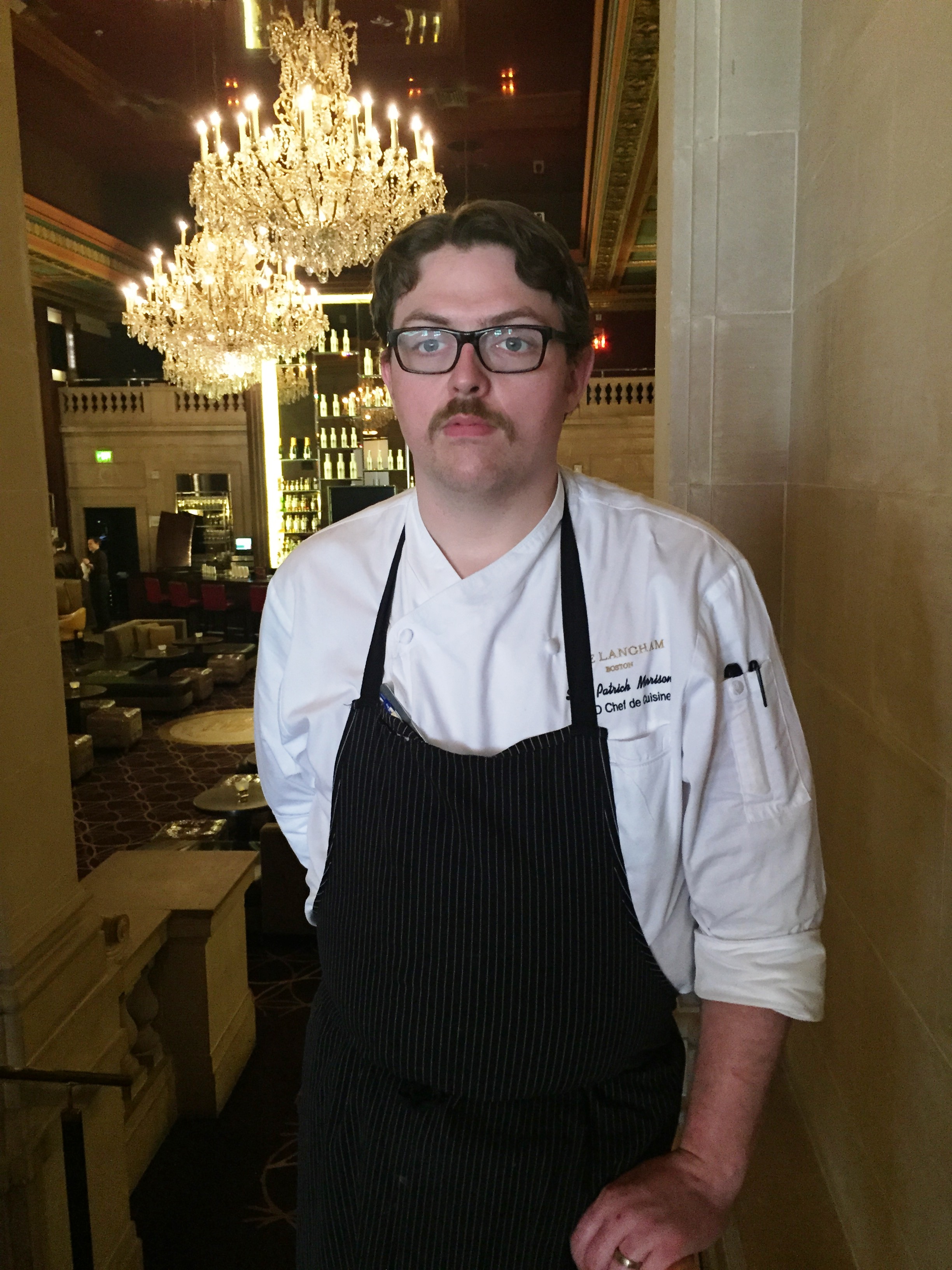 Sean Patrick Morrison, an alum of Bondir, Lumiere, and Aquitaine, to name a few, is back at glitzy Financial District hotel The Langham, now as chef de cuisine of BOND. (From 2009 to 2011, Morrison was chef de partie for the hotel's restaurants.) A Massachusetts native, he's also worked at Meadhall in Cambridge and in several other kitchens in New England.

Morrison enjoys foraging for mushrooms, ramps, and more, according to a press release from the hotel, so don't be surprised to find ultra-local vegetables like those making appearances on the menu.

Eddie McGuire Weighs in on 32 Years of Bartending

The high-ceilinged restaurant and lounge features gigantic chandeliers, an "exclusive" balcony — dubbed the Dom Perignon Lounge — for private events, a cocktail list that veers in the sweet direction with lots of fruit and bubbles, a selection of "modern American cuisine with global influence," and swanky couch-like seating.

BOND is open from 4 p.m. to midnight Monday through Wednesday and 4 p.m. to 2 a.m. Thursday through Saturday, with dinner served until 10 p.m. and a late-night menu available until 11 p.m. It's closed Sundays. The Langham also features a few other dining options, including an insane chocolate buffet that takes place on Saturdays from September through June each year.