June 25 is the tentative last day.

Share All sharing options for: Prudential Food Court Plans to Close to Make Way for Eataly 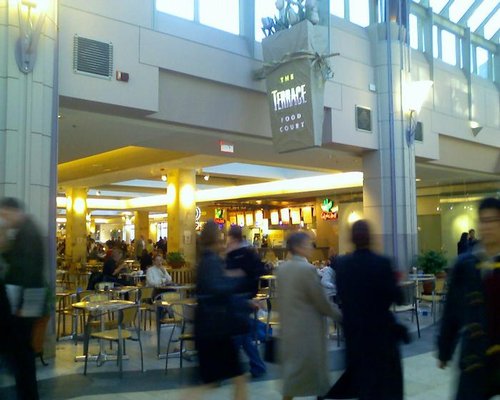 Eataly is coming to Boston, and with that huge marketplace of specialty groceries, restaurants, and more moving into the Prudential, an existing, more modest food court must close. Boston Restaurant Talk reported yesterday that the Shops at the Prudential have set June 25 as the eateries' tentative final day.

Mario Batali and partners are bringing Eataly to Boston, and when it opens mid- to late-2016, it will be third U.S. location, following New York City and Chicago. The Boston Globe was the first to report that Boston's three-floor, "galleria of Italian gastronomy" would take over the Pru's existing food court. Eataly's current plans call for a new, Boylston Street entrance into a cafe, and there will also be a large, rooftop restaurant and brewery. The food emporium will span 45,000 square feet, including space in a building being constructed.

When the lease was signed in May, the press release announced Eataly's development could begin this month. The existing food court shuttering would be a necessary early step. If June 25 is indeed the final day, the restaurants will close after normal business hours, from 7 a.m. - 9 p.m.

The Shops at Prudential Center