The Chinese take-out spot has been dark for a while.

Share All sharing options for: Quan's Kitchen in Boston Is Apparently Closed 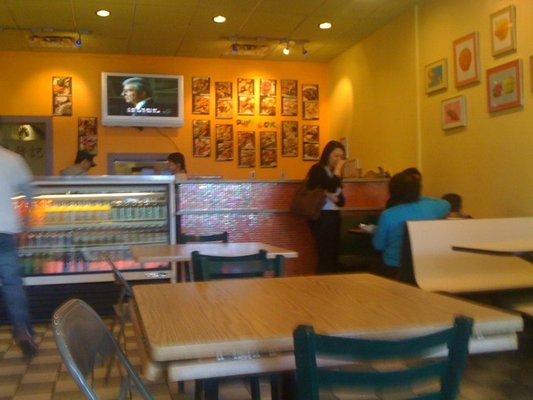 Quan's Kitchen near Packard's Corner is at least temporarily shuttered, and it seems like the take-out Chinese spot has been closed for a couple months.

To a passerby last night, the windows at the 1026 Comm. Ave. shop appeared completely papered over, and phone calls to Quan's after its 11 a.m. opening time today indicated both of the business' phone numbers have been "temporarily disconnected." The last Yelp review of the restaurant was posted in March, and a Chowhound user found a darkened storefront there a few evenings in April.

The eatery's Facebook hasn't been updated since 2012. Quan's Kitchen has two active websites, and neither says anything about a shutter in spring 2015. The restaurant started in 1991, according to both sites. One of the sites links to a menu of Chinese-American standards, like lo mein and general Gau's chicken, as well as less typical take-out fare, like chicken and sweet corn soup and congee. But the Beyond Menu-hosted online ordering feature "is not enabled yet."

Quan's Kitchen in Boston is unrelated to a local chain of suburban Quan's Kitchens, with locations in Mansfield, North Attleboro, Weymouth, and Hanover, according to an employee at the No. Attleboro location.

Know anything concrete about the future (or past) of Quan's in Boston? Hit up the tipline.