Local 149 & The Biltmore Are Getting a New Sibling in Reading

Share All sharing options for: Local 149 & The Biltmore Are Getting a New Sibling in Reading

The Neighborhood Restaurant Group — behind South Boston's Local 149 and The Biltmore in Newton— has two new ventures in the works, as previously reported, and the just-announced Biltmore & Main will give the group a footprint on the North Shore. The American comfort food restaurant could open in early August, COO Henry Pariseau told Eater.

Biltmore & Main is currently under construction at 530 Main St. in Reading, formerly the site of Grumpy Doyle's Ale House. The dining room will have communal tables, and there will be private dining space for 80. A lounge area will have an 8-foot, two-sided fireplace. Outside, there will be a beer garden with 40 seats. 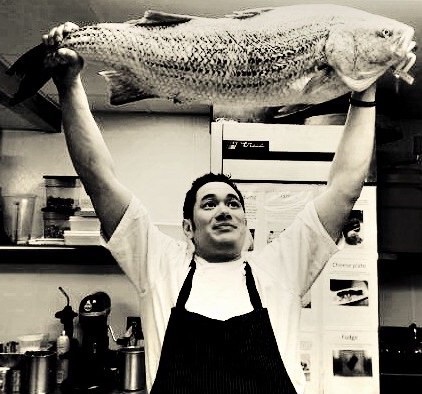 The executive chef is Reading native Richard Doucette, an alum of Tavern Road and L'Espalier over his 10-year career. Doucette will use his knowledge from those nose-to-tail restaurants to make house-made charcuterie sourced from North Shore farms for his new menu.

"I’ve been drawing a lot of inspiration from a compilation of the home-style dishes and flavors I remember growing up in Reading, just reinterpreted and revamped with modern technique," Doucette wrote in a statement. The food will be "down-to-earth," "seasonable," and "blue collar," he wrote. Pariseau provided Eater with the brunch menu, as it currently stands; check it out below.

The restaurant will have 35 craft beer drafts and a wine list with a West Coast focus. During the summer and fall months, Biltmore & Main plans to host beer and wine tastings in its beer garden.

The Neighborhood Group aims to finish up construction in the next month and open to the public in early August. Stay tuned for more details as Biltmore & Main prepares for its debut.

Elsewhere in the company, Article 24 is in the works in Brighton, eyeing fall 2015 for its entrance on the scene, according to its website.

[Photo of Richard Doucette: Provided by the Neighborhood Restaurant Group]