Take a Peek at The Frogmore's Opening Menu

Lowcountry cuisine from the Fairsted Kitchen team, coming to Jamaica Plain this summer.

Share All sharing options for: Take a Peek at The Frogmore's Opening Menu 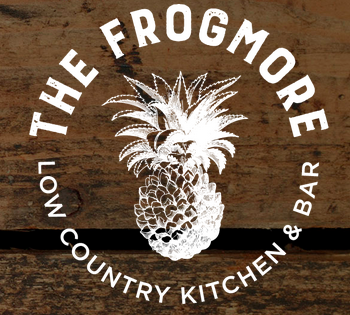 Upcoming Fairsted Kitchen sibling The Frogmore is still aiming for its previously reported summer opening at 365 Centre St. in Jamaica Plain, and today the Southern-inspired restaurant shares its dinner menu, which is meant to feature lowcountry cuisine from the coast of South Carolina and Georgia. Executive chef Jason Albus, a South Carolina native, was previously executive chef at Fairsted Kitchen in Brookline; Top Chef alum Stephanie Cmar recently stepped into that role.

The Frogmore's design is supposed to evoke the feel of outdoor Southern dining, so it will be filled with plants, and there will be a pineapple motif to symbolize hospitality. The restaurant will seat 85 inside and 20 on a patio outside.

Take a look at the menu, from hoppin' john and limpin' susan to chicken n' dumplings and pan-roasted catfish:

The plan is to serve dinner daily until 1 a.m., as well as weekend brunch.