The Shebeen, a Tiny Mobile Pub, Is Coming to Boston

An unnamed, local restaurateur has commissioned the bar on wheels.

Share All sharing options for: The Shebeen, a Tiny Mobile Pub, Is Coming to Boston 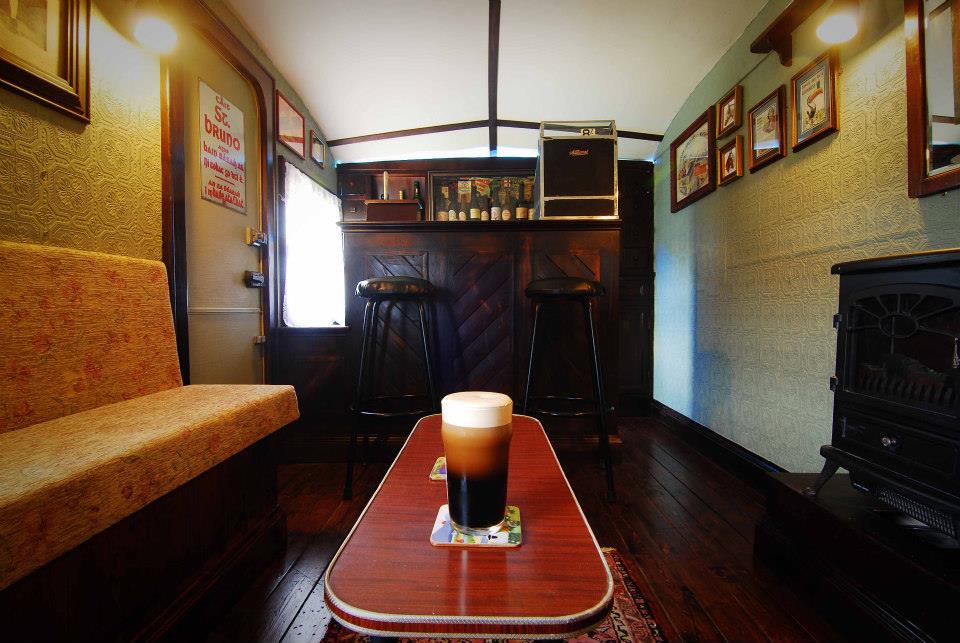 An Irish cabinetmaker is putting the finishing touches on a thatched-roofed bar on wheels, and the yet-unnamed Boston buyer will send it to the streets tentatively by July, Boston Magazine reports.

The Shebeen is a mobile catering bar, developed last spring by John Walsh of Galway, Ireland. Founder of Clinical Cabinets, a workspace furniture designer, Walsh made the prototype out of a 30-year-old caravan. Since the original Shebeen's renovation, it has been deployed at weddings and other private parties, and as a promotional vehicle for Dingle Brewing Company.

When word of the cart reached Boston's shores, two local restaurateurs reached out to Walsh to get The Shebeen stateside. He tells BoMag that the second Shebeen is tentatively poised for a July debut in Boston, and he is in talks with the other interested local party. The growing fleet of adorable pubs on wheels will eventually be deployed in Australia, Canada, and the U.K., too.

The original Shebeen is 17 feet wide with 10 seats and two draft lines. Exact specs of the first Boston caravan aren't listed in the BoMag article, but Walsh notes it'll have higher ceilings than the original. "We needed to make it with a little more headroom—you’re much taller than us over in the States," he said.