PABU, an Izakaya From Chefs Michael Mina and Ken Tominaga, Is Coming to Boston

The San Francisco restaurant is expanding across the country.

by Jacqueline Cain Jun 10, 2015, 2:28pm EDT
Via Coverage of PABU on Eater [ESF], Coverage of Michael Mina on Eater [E], An Award-Winning San Francisco Chef Is Bringing a New Sushi Bar to Downtown Boston [BI], and This is the Kind of Restaurant You Put in A New Tower with Multimillion-Dollar Units [BBJ]

Share All sharing options for: PABU, an Izakaya From Chefs Michael Mina and Ken Tominaga, Is Coming to Boston 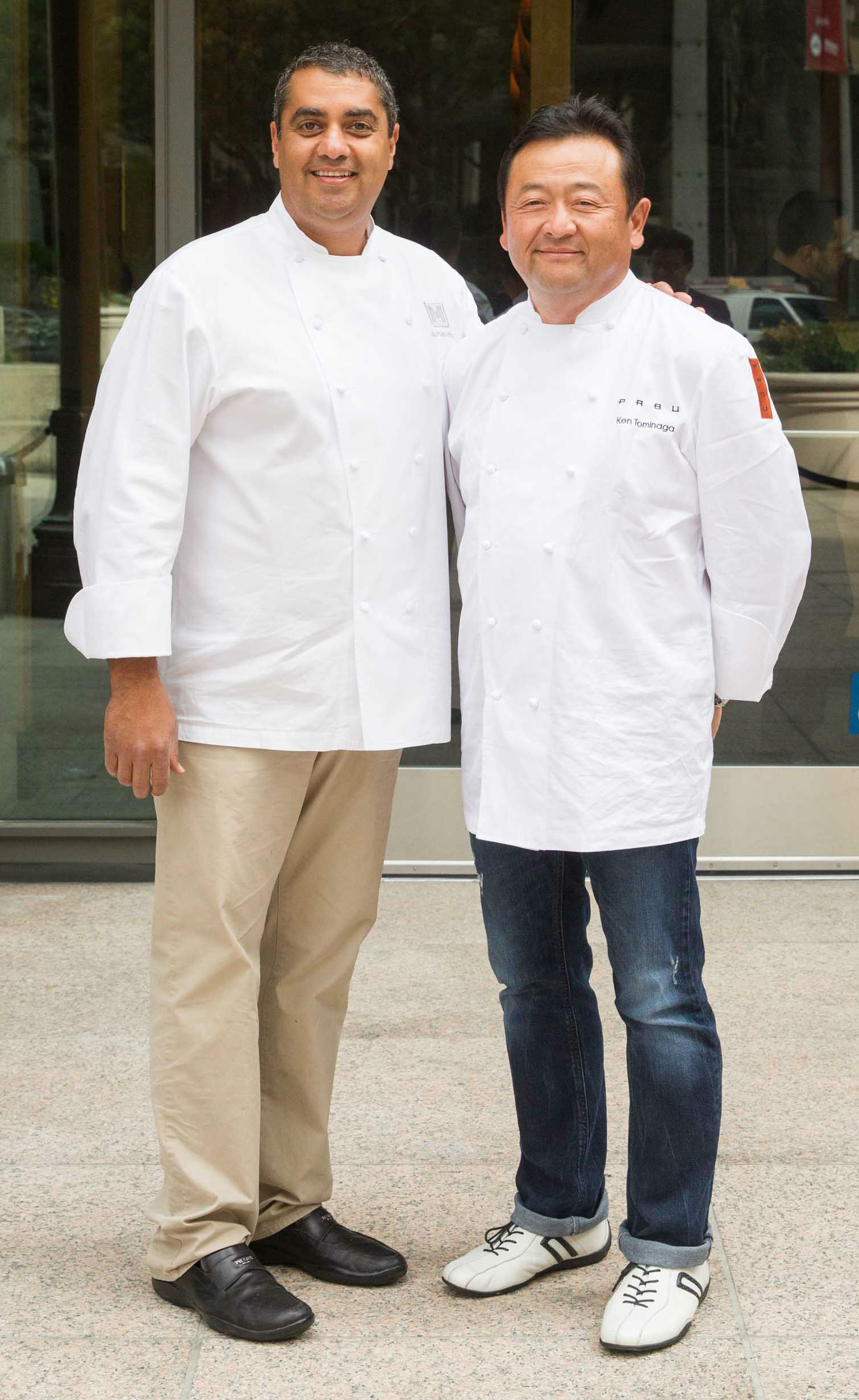 Despite loving Boston and opening up more than 20 restaurants in cities around the United States, Michelin-starred chef and restaurateur Michael Mina hadn't expanded here. That will change in fall 2016, when the acclaimed, modern izakaya, PABU, opens at the Millenium Tower Boston in Downtown Crossing.

Mina and chef Ken Tominaga opened PABU in San Francisco last year, after debuting the concept in Baltimore in 2012. (The Baltimore location has since shuttered.) Since then, it has received much acclaim, including being named one of the country's top Japanese restaurants by Zagat, and a spot on Eater San Francisco's Heat Map two months in a row. The Boston location will have a similar feel and menu to its San Fran sibling, with compartmentalized dining areas, a lively lounge, and sushi and shabu-shabu offerings.

Boston's PABU will operate on the first two levels of the luxury Millennium Tower development. "I love social experiences," Mina said, describing the proposed layout of the new restaurant. Guests will enter on the first floor, and there will be a large, round sake-tasting table where they can await a table in the dining room, or escape the noise of the lounge. Square footage of the Boston restaurant hasn't been nailed down, but its San Francisco outpost has a total of 173 seats. (UPDATE: The square footage will be 7,800, according to a rep for the restaurant.)

"I love the energy of a big restaurant that has a good bar and a good vibe to it," Mina said. "You have to be able to do that and keep the quality of food, quality of the staff, and the execution. If you can do all of that together, with the right design ... that's when it becomes magical to me. That's what I feel we created in San Francisco at PABU, and that's what we want to recreate here."

Mina will also helm the dining program for the building's residents, operating a private restaurant and cooking education facility on the building's 23,000 square foot club level. At the private facility, guests will have options from the PABU menu, as well as some of Mina's greatest hits from his other eateries.

Mina signed onto the project early, as he had previously worked with Millennium Partners on its San Francisco development six-plus years ago. Mina was also the San Francisco building's third resident, he said. He didn't hesitate about what restaurant concept he wanted to bring to Boston: "It's really important to try to bring something to the city that will enhance the dining offerings. I felt, while there is some really great Japanese here, the style of PABU and the feel of it is something new and unique."

The menu will be specific to Boston and is still in development, but it will have a similar layout to San Francisco's, including a la carte small plates, robatayaki, and omakase, the chef's tasting menu. "You can create a new menu pretty much every day," Tominaga said. "There's also something for everybody," he added. Mina noted the different price points make the menu accessible to people who aren't residents of the Millenium Tower, where units start at $850,000, the Boston Globe reported.

Omakase, the chef's tasting menu, particularly excites Mina. The 16-dish menu offers four different types of fish at a time, with a sake pairing. The meal ends with shabu-shabu. "You feel great after eating it," Mina said.

Mina's love for Boston goes back to his culinary school days; a CIA roommate hailed from the area, and they spent many weekends here. Mina also developed relationships with Ken Oringer (Clio, Coppa, Toro) and Ming Tsai (Blue Ginger, Blue Dragon) when the Boston chefs were at Silks in San Francisco and Mina had his original, acclaimed AQUA. "I like to build restaurants where I want to visit," he said, adding he may have more opportunities to be here soon, as his son is eagerly looking at area colleges.

"'Pabu' means pub: We wanted a really big menu. An izakaya is a place you go for a lot of small plates, different offerings; it's social," Mina said. "The food lends so well to that."