Taco Party to Put Down Roots in Somerville's Ball Square

The vegetarian taco truck will be the next to launch a brick-and-mortar location.

Share All sharing options for: Taco Party to Put Down Roots in Somerville's Ball Square 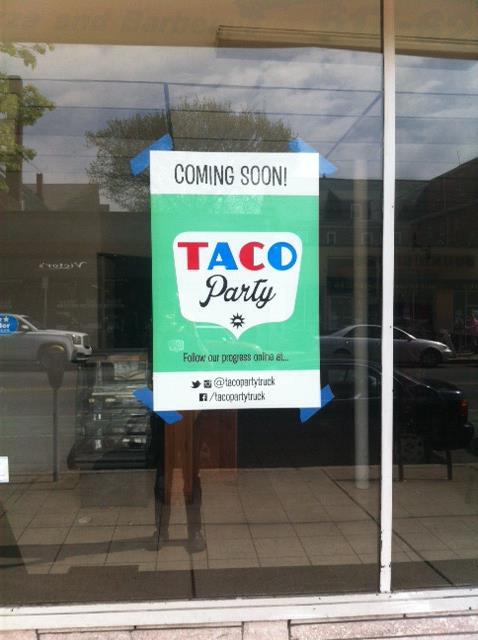 Vegetarian taco truck Taco Party is opening a brick-and-mortar location at 711 Broadway in Somerville's Ball Square, the company announced via Facebook this week:

"Checks have been written, keys handed over. I can now officially announce Taco Party the restaurant! We've always had such great experiences in Somerville so we've chosen Ball Sq as our new home. 711 Broadway is the spot. I won't be so bold as to choose the opening date yet but we will act fast! Can't wait to put a roof over your heads!"

The Taco Party truck offers a concise menu of vegetarian tacos and sides, most of which are also gluten-free. Current options include a fried tofu taco, a chorizo seitan taco, a Sriracha BBQ jackfruit taco, and more. No word yet on whether the brick-and-mortar will have a more extensive menu.

The truck launched just over two years ago. Owner Keith Schubert spent the 12 prior years touring with bands as a drum tech before ultimately getting "sick of airports" and putting down roots in Boston, ready to share his "intense taco and burrito lust" (thanks to time spent in California).

The upcoming Ball Square space once housed a takeout joint called Zing Wingz. It's located across the street from Sound Bites and Ball Square Cafe.