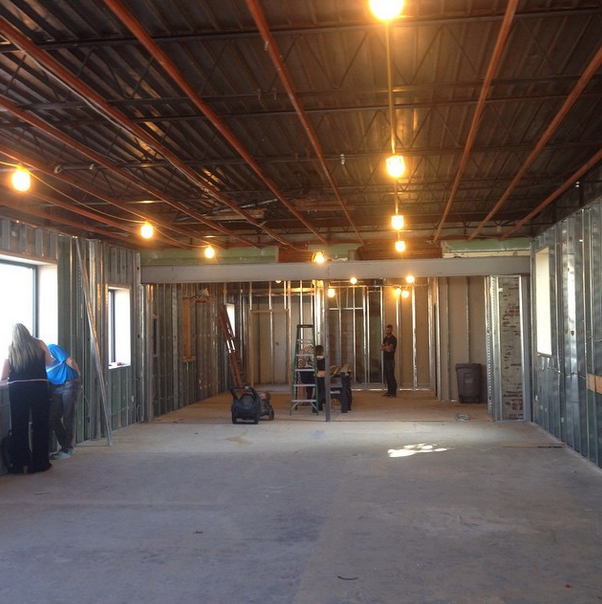 A new brewery, Indignant Brewing Company, is in the works in Somerville's Winter Hill, located at 328 Broadway. There will be food and coffee as well, according to the website for the new venture. Indignant recently filed its Certificate of Organization with the state.

The team is "really hoping for a September opening," but there are a variety of permits that will need to be obtained first. In the meantime, co-owner/head brewer Jeff Rowe has shared a lot about the plan on the company's website. (Rowe is an alum of Harpoon and Cape Cod Beer, and he's a Winter Hill resident who loves Somerville's "sense of community." He has been planning Indignant for the past five years with general manager Bert Holdredge, an alum of The Publick House as well as Moe's Tavern in Lee, MA.) "It's been an ever-evolving concept," writes Rowe on the Indignant website, "but with the help of many, we've arrived at a concept that we couldn't be happier with; a concept we can't wait to share."

The name, he writes, "is meant as a bit of a push back at the industry and [his] experience within it," a quickly growing industry where "it's easy to think big" instead of thinking about quality. "Indignant is our promise of quality, passion, and care," he continues. "Indignant is our commitment to our patrons, that we will provide a meaningful experience. This is all more than beer for us at Indignant. It’s a way of life, a means of of friendship, the gentle tracing of memories shared—memories we hope to play a role in." As such, Indignant's space is "cozy" and "little," measuring 2,650 square feet, including a "small" kitchen. "At the end of the day, we're a small business that is looking to create something special."

As for the actual beer, the team plans to produce a wide variety, including "traditional, experimental, intensely hoppy, easy drinking, high ABV, malty, American, Belgian, sour, barrel-aged." There will be some brews that are available year-round, along with more experimental varieties that pop up at random.

Chef Paul Anthony Picillo will be heading up the food side of the equation, serving "an eclectic range of small plates and enormous baguette sandwiches." A "lifelong friend" of Rowe and Holdredge, he's been away for a while; much of his culinary background comes from the years he spent in Richmond, VA, working his way through a variety of popular restaurants, but he's coming back up north to be a part of Indignant.

The team plans to partner with "an amazing coffee company" to serve coffee in the morning, followed by beer and food at night. "Beer, food, and coffee are three of our favorite things," writes Rowe.

Somerville's brewing scene has begun picking up steam over the past year. In June 2014, Aeronaut Brewing Company opened on Tyler Street, the first brewery on Somerville soil since the late 1880s. Somerville Brewing Company, the maker of the Slumbrew line of beers, has been around for longer than Aeronaut but was brewing at a facility in Ipswich until the recent opening of its own brewery and taproom in Somerville's Boynton Yards.