by Jacqueline Cain May 14, 2015, 9:00am EDT
Via BISq to Open in Cambridge's Inman Square [BRT], BISq — Servers [BostonChefs.com], and All coverage of BISq on Eater [EBOS]

Share All sharing options for: BISq May Finally Arrive in Cambridge Soon 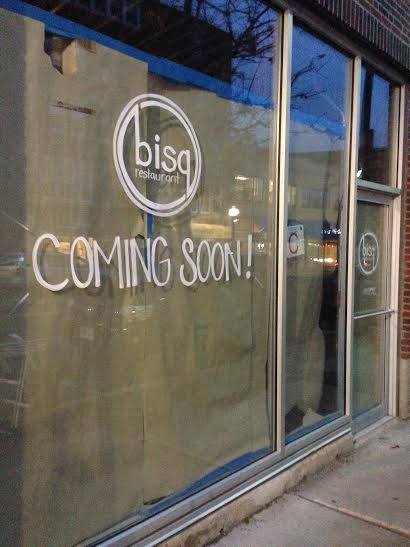 Heading to Inman Square from the team behind Bergamot, BISq is one of the most anticipated restaurant openings of the year. Finally, that moment may not be too far in the future: The restaurant is now hiring servers. (Though, Boston Restaurant Talk notes the job listing that popped up yesterday says the launch will be in "just a handful of weeks," which is the same language the team used for a back-of-house job listings in February and again in March.) The paper covering the windows, seen in the accompanying photo, has been removed in the past couple weeks, too.

The wine list, curated by Kai Gagnon, will be heavy on offerings from northern France, Austria, and Germany, and it will be "adventurous," according to the recent job post. If you want to work at BISq, wine certification isn't necessary, but you have to be interested in the stuff.