State tax officials seized the property yesterday, but the issue is resolved today, the owner says. 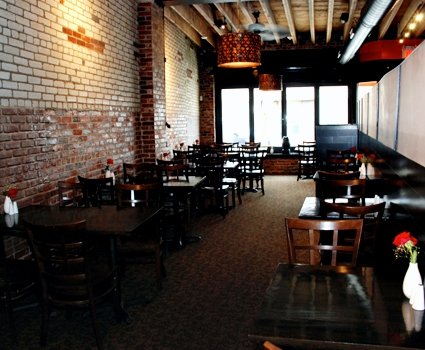 A popular American eatery in downtown Quincy shuttered unexpectedly yesterday after tax officials placed an orange "SEIZED" sign on its windows, the Patriot Ledger reported. Neil Kiley, owner of the Fat Cat Restaurant, told the paper that he plans to drive to the Massachusetts Department of Revenue this morning and reopen his business for lunch today. "This is not the end of The Fat Cat and it's [sic] wonderful customers," he posted on Facebook last night. No word yet today on a reopening timeline. [UPDATE: The Fat Cat Restaurant posted on Facebook just after 11 a.m. that they have opened for lunch. Reached by phone at the restaurant, owner Neil Kiley says the issue is resolved. "It was a communication error on my behalf," he said, adding that the information wasn't filed properly with the state. The notice posted on the restaurant's window yesterday "is the way we found out. I went to [the Department of Revenue headquarters in] Chelsea today and we went over the whole situation," he said. "We are open and will not be shuttering these doors any time soon."]

The seizure stems from about $218,000 in unpaid local and state meals taxes, which could date back to 2013, a DOR spokesperson told the Ledger. Kiley could work out a payment plan with the state, but if the taxes remain unpaid, the building could go to auction, the article notes.

The Fat Cat opened in 2008 in a downtown space that had previously been vacant for three years. It serves casual fare, including nachos, wings, seafood, and pasta dishes like a signature baked macaroni and cheese.