After Eating Over 160 Burgers, Richard Chudy Weighs in on What He's Learned

Richard Chudy began his burger blog in 2009. His mission was simple: find the best burger in Boston (and anywhere else he went). Since his quest started, he's sampled over 160 burgers and has a list of hundreds more locally, and throughout the country, to sample. Here, he shares some insight on what he's learned.

Share All sharing options for: After Eating Over 160 Burgers, Richard Chudy Weighs in on What He's Learned 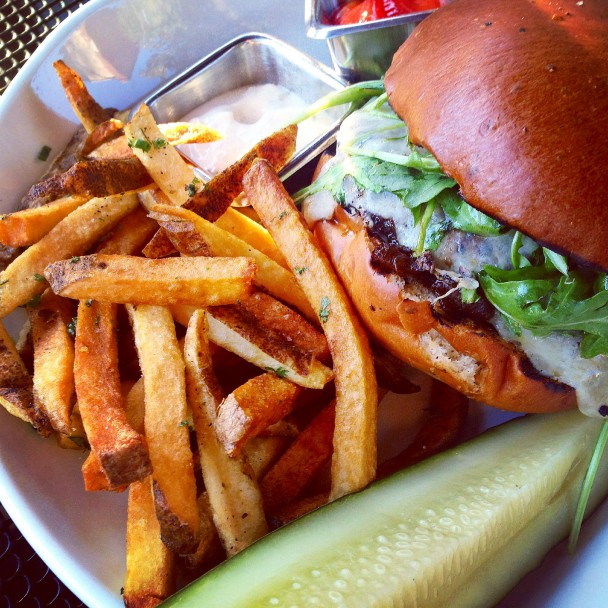 There are as many opinions on which burger reigns supreme in Boston than there are arguments about Adnan Syed’s whereabouts on February 9th, 1999. We know there are a million and one burgers on seemingly every restaurant menu in Greater Boston, much like the rest of the country. Fortunately it’s keeping me busy for the foreseeable future — until I either get completely tired of the burger act (not likely) or my doctor tells me to cool it and focus on bun-less turkey burgers (semi-likely).

I’ve learned that no matter how much I try to force others into my world of burger snobbery, people will like what they like. And burgers, like no other food group (it’s time we call the burger a food group), will yield the fiercest and most passionate group of eaters I’ve encountered. Burger consumers are consistent and generally order as such, be it the most primitive cheese-meat-lettuce-tomato-and-sesame-seed-bun iteration or some generic Swiss-and-mushroom combination. It’s a blank canvas that essentially becomes a customizable experience for one and all, although most like a specific style and would rather have a decent burger in that style than a great burger outside their style, I’ve come to find.

We have the beef people, and we have the toppings demographic. There is no right or wrong outlook, of course; a burger starts and ends with the beef, in my mind, but certainly the toppings must make sense in the grand scheme of things too.

It's as good of a chef test as there is.

It’s just a burger — but really so much more. It’s as good of a chef test as there is. It encompasses everything you’d ever need in a dish: proper doneness of meat, seasoning, acid, and balance. What used to be the simplest and safest item on the menu — and still is in some cases — has progressed into something far more interesting.

Boston burgers have never fully realized true gourmet status (though some will disagree), falling short of the foie-gold-leaf-Kobe (beef, not Bryant) conundrum that has invaded other first-class food cities. Instead we've dipped our toes in by sourcing great local beef, custom blends, artisanal cheeses, and homemade everything. Really, it’s for our betterment, even if it has resulted in the gouging of prices in some cases. And in the eyes of some, that still makes it a gourmet scene. It’s fancy. It’s over-the-top. It’s expensive.

That last point is a big one. There is no exact price where a burger becomes too expensive, because it’s different for everyone. You can roll your eyes at anything over $10, if you want; for most, the cut-off is probably in that meaty $14-$16 range and up. There’s value in any burger, I could argue, although maybe not the $22 behemoth at Back Bay Social Club.

But now, those cheffy burgers are generally some of the better ones around.

For me, it is a numbers game, and I’m at a point where it’s definitely a matter of quality over quantity. I’ll take the $16 sure thing over a couple of trips to a fast-casual or greasy-spoon spot that is most likely to disappoint. I too looked down on the ultra-cheffy burgers at the start of all this — the over-wrought, complicated offering that’s all smoke and mirrors but doesn’t deliver in the most primitive and basic sense. But now, those cheffy burgers are generally some of the better ones around. Although the lower-level burger has made a comeback as of late, it’s the mid-range game in the non-traditional burger atmosphere that is now home to most of the best. The burger-centric spots are much less of a sure thing than ever before. Just because you want the perfect burger to look, act, and feel a certain way doesn’t mean it’s going to happen.

Everything has become a cliche and redundant in many ways. A burger topped with a fried egg had its day, as did bacon every which way. Chefs thought they were one-upping each other, but ultimately they all sort of started the same version of an unoriginal thought to be begin with. The burger is a blank canvas, but I’m still perplexed at how many burgers are practically identical from one hipster spot to another. But that doesn’t mean we’re reached our limit.

It’s a funny thing; the self-described food experts in this town look down upon the burger as something inferior to the obscure anything else that they are excited about at that moment. We want consumers to enjoy more esoteric dishes, but we're ignoring what people actually want. If there were no demand for it, it’d be a different story, but we can still support 90% of the burger-heavy establishments out there. There’s a reason chefs and restaurants almost always have a burger on their menu, and it’s becoming less of a throwaway and more of a playground for eager chefs to enter the burger game.

Many things are of the moment, and there is a vast wasteland of food trends that simply couldn’t sustain it for the long haul. Burgers are not going away, but the question remains which burger trend has the most staying power. Is it the Shake Shack model or the Alden & Harlow? Will it be even more fast-casual spots all with that same In-N-Out/Shake Shack feel, or will it be the off-menu, limited burger with greater craft and thus more pretension?

All I know is that I’m as excited as when I first started this ridiculous burger search years ago, because the next great burger is hopefully right around the corner, and I can’t wait to discover it.

In addition to writing his burger blog, Richard Chudy is co-author of an upcoming cookbook, American Burger Revival, due out in May 2015.

Photo: The burger at Brass Union by Richard Chudy