Boston Proper Is Down a Fondue Restaurant (For Now)

The Melting Pot has closed its Park Plaza outpost.

Share All sharing options for: Boston Proper Is Down a Fondue Restaurant (For Now) 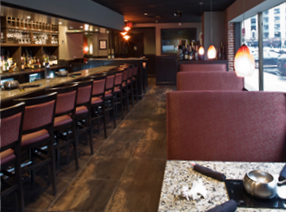 Yesterday, it appeared that the The Melting Pot, a fondue restaurant, had closed its six-year-old Boston proper location at the Park Plaza Hotel, according to Boston Hospitality and Tourism Industry Blog. A press release confirms the news, noting that the closure is "indefinite" — the company hopes to one day find a new franchise location in Boston proper. Meanwhile, Bedford, Framingham, and Providence locations remain open for all your cheese-dipping needs.

"While an excellent property, based on its business model, The Melting Pot believes its concept is better suited to an alternative location," announces the company via press release. "Therefore, it has elected to terminate the lease for the Arlington Street site. While there are no plans for a new location at this time, The Melting Pot Restaurants, Inc. has a strong interest in the Boston market and hopes to open a new location in Boston in the future." The staff of about 30 people "has been notified of the closure."

Anyone interested in opening a Melting Pot franchise should contact Shak Turner, the director of franchise development.