Summer Shack in Dedham Closed for Winter and Beyond

The local seafood chain shut down its location south of Boston.

Share All sharing options for: Summer Shack in Dedham Closed for Winter and Beyond 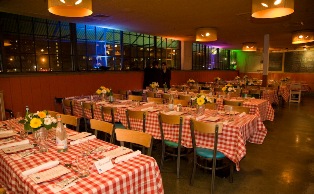 A popular spot for seafood lovers closed its Dedham location as of December 26, according to a tipster. Summer Shack is the work of veteran restaurateur Jasper White, who opened the first location of the restaurant in Cambridge in 2000.

The closure of the Dedham restaurant leaves Summer Shack with three locations: Cambridge, Boston, and one in Mohegan Sun. The restaurant has been removed from the Summer Shack website and an employee reached in Cambridge confirmed the closure.

Summer Shack is known for its New England seafood specialties, including raw bar items, assorted lobster and clam soups and chowders, steamed "lobsters in the rough," and fisherman's stew, plus a variety of sides.