Surf's Up: The Avenue Is Going SoCal

A Commonwealth Avenue dive bar is under new management.

by Dana Hatic@DanaHatic Dec 17, 2015, 12:00pm EST
Via Gnarly: Allston to get first SoCal beach bar [UH] and Licensing Board for the City of Boston [CityofBoston.gov]
1 comment / new

Share All sharing options for: Surf's Up: The Avenue Is Going SoCal 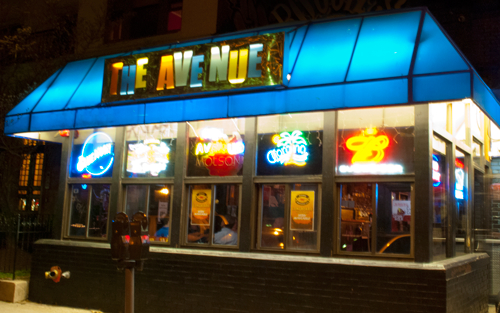 A local bar owner has plans in the works for a Comm. Ave. bar known for its relaxed vibe and basement darts. Douglas Bacon — who also owns White Horse, The Last Drop, and the defunct Shanghai Social Club (1277 Commonwealth Ave.) — is now managing The Avenue (1249 Commonwealth Ave.) in Allston and wants to convert it to a southern California-style bar, according to Universal Hub.

Bacon appeared at a City of Boston licensing board hearing on Wednesday, where he explained the new concept for The Avenue. The surf bar will apparently serve tacos, as any good southern California bar would.

He also shared some details on what's to come for Shanghai Social Club. Bacon reportedly will reinvent the space as Hopewell Bar and Kitchen, an American-style neighborhood restaurant spot.

Bacon also now has control over Harry's Bar & Grill (1430 Commonwealth Ave.) In the hearing, Bacon reportedly told the council he would maintain the current offerings at Harry's but requested a change in hours to allow the restaurant to let patrons in between 1 a.m. and closing time at 2 a.m. Currently, no one is able to enter the bar after 1 a.m.