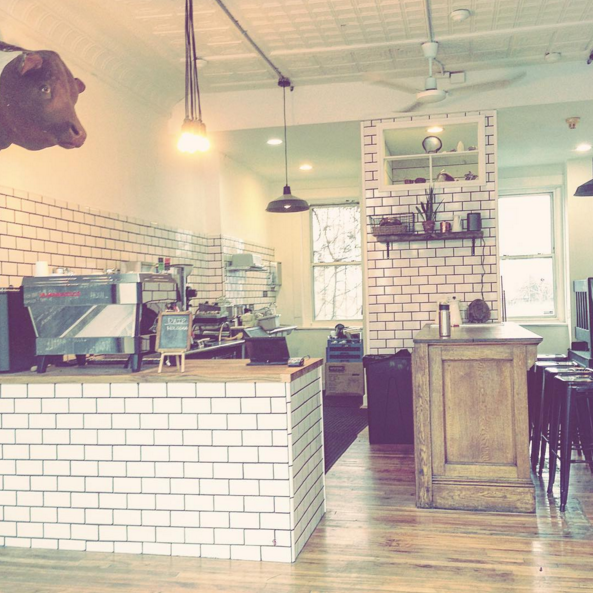 Curio Coffee launches its soft opening at 7 a.m. this Wednesday, December 16, according to a post on Instagram. As previously reported, the antique-bedecked coffee shop at 441 Cambridge St. — just a few blocks from Lechmere — will feature Counter Culture coffee and waffles, according to owner and manager Justin Pronovost.

The opening menu, according to a photo shared a few days ago, includes espresso, americano, macchiato, mocha (with Taza chocolate), and other coffee drinks, as well as hot chocolate and waffles.

In August, Pronovost said that the limited food menu might also include bagels, doughnuts, and breakfast sandwiches, along with some gluten-free options, but for now, the focus appears to be on the waffles. The space seats up to 15.

Eater has reached out to Curio Coffee for details on hours, and this piece will be updated accordingly. The licensing board approved operating hours between 6 a.m. and 7 p.m. daily.

UPDATE: To start, Curio will be open from 7 a.m. to 2 p.m. on weekdays and 8 a.m. to 3 p.m. on weekends. Yes, it'll just be waffles for food during the soft opening, but the team is looking to partner with someone to provide other baked goods in the future.