She'll depart by the end of November to focus on opening her own restaurant, RFK Kitchen, in Needham.

Share All sharing options for: Rachel Klein OUT at Liquid Art House 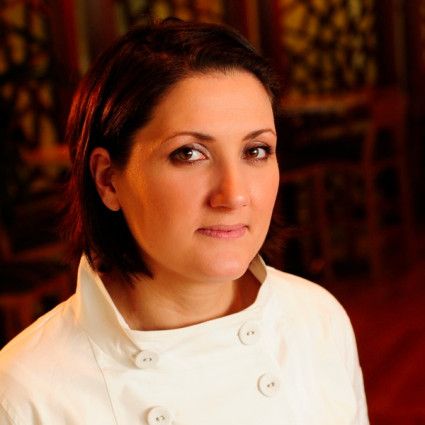 Liquid Art House opening executive chef Rachel Klein (OM, Mandarin Oriental, etc.) is aiming for a spring opening of her own "fun, eclectic" Needham restaurant, RFK Kitchen, as previously reported. While she originally planned to stay on at Liquid Art House in some capacity, she has now decided to depart in order to fully focus on the new project. "I wanted to do both," she says, "but I realized that they need more of a hands-on chef, and I need to focus 100% on RFK Kitchen. I need to move forward and do that; my name's on it." She'll leave by the end of the month; a replacement has been hired but not yet announced.

RFK Kitchen will be located at 948 Great Plain Ave. in Needham, where Klein lives with her family. "I'm really looking forward to contributing to a town that I'm personally invested in," Klein said previously. "My son's in public school there, we own a house there, we spend our money on the businesses there. I want to see the town successful."

The restaurant will feature an open kitchen with a 20-seat counter looking into it — "an interactive place for ideas and communication," Klein said previously. It's meant to have a moderate price point, a "fun, urban feel," and lots of options, whether you're dining with children or you're looking for an adventurous tasting menu.

Progress is moving along smoothly, Klein says. Demoing begins next week, and she's "excited to break ground and move forward." Meanwhile, the team is working on kitchen design, choosing items like glassware, and hiring. Klein also plans to travel a little bit in the next couple of months. "I'm taking some time for myself as a chef to do some things that I never get to do," she says.

The Needham community has shown a lot of support for the project so far, Klein says, which adds to the excitement. "It's going to be a very busy winter for me, organizing everything and hiring and getting everything squared away. I'm really amped."