Grosse will take Pelley's place as executive chef at Zebra's Bistro in Medfield.

Share All sharing options for: Toro Alum Andrew Grosse IN at Zebra's Bistro; Brendan Pelley IN at Wink & Nod 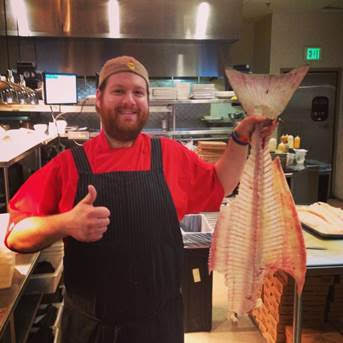 Andrew Grosse will soon be the new executive chef of Zebra's Bistro and Wine Bar in Medfield, the restaurant announced today. Current executive chef Brendan Pelley, a Hell's Kitchen alum, is heading to Wink & Nod in December to helm the next long-term pop-up there. (Wink & Nod has previously hosted months-long pop-ups by Whisk and Bread & Salt Hospitality. Currently, chef Patrick Enage is in the kitchen; his pop-up is called Akinto.)

"To welcome a chef of Andrew’s caliber and experience to Zebra’s is outstanding," said Zebra's owner Craig Neubecker via press release. "Andrew really knows food and he really knows this community. We are grateful for everything that Brendan Pelley has brought to Zebra’s and wish him the best as he heads to Wink & Nod with the hope of opening his own restaurant in the near future. Andrew has staged in our kitchen with Brendan before, and I look to the transition to be both seamless and exciting as we move forward with Zebra’s progressive new American cuisine."

Recently, Pelley announced the debut of his modern Greek pop-up Pelekasis, which has upcoming events at La Brasa and Commonwealth, and he tells Eater that this is the concept he'll bring to Wink & Nod. He'll be there for at least six months.

Update: Pelekasis will launch on January 5 at Wink & Nod; Akinto will be in place until then.

It Was the Summer of Seafood Towers in Boston