Tasting Counter Choreographs a Dining Journey in a Somerville Oasis

Buy a ticket, leave your wallet at home, and prepare to be dazzled.

Share All sharing options for: Tasting Counter Choreographs a Dining Journey in a Somerville Oasis

That's all we're doing, little details," says Peter Ungár, chef and owner of Tasting Counter, a fine-dining restaurant near Somerville's Union Square. "There's no monumental decision that's made, ever. It's a series of tiny little decisions that come together to create the experience."

There are countless tiny little decisions to be made — numerous garnishes to be plucked right from the grow wall, so many details on each plate, minuscule bits of service that add up to a memorable meal — and it plays out with precision and beauty.

It's been four months since Tasting Counter opened, hidden at the end of a hallway known as the Food Hub inside of Aeronaut Brewing Company's facility. But the roots of the tasting menu-focused restaurant stretch back over a decade to the founding of Ungár's company, The Dining Alternative, in 2003. An alum of Aujourd'hui (now defunct) at the Four Seasons Hotel, Ungár began to create elaborate and refined private dining feasts in his clients' homes and his own, showcasing creative and ever-changing tasting menus plated delicately.

Tasting Counter is a direct evolution of The Dining Alternative. There's still the feeling of being inside Ungár's own home, and interaction is important — he's not hiding in a closed-off kitchen. He and chef de cuisine Marcos Sanchez, formerly of Tres Gatos, perform an intricately choreographed act of prepping, plating, and serving each course in full view of the diners. The small space seats up to 20, and all-inclusive tickets are purchased online ahead of time. Leave your wallet at home, Ungár says, and he means it.

"This is our home, and we want guests to feel as comfortable as possible."

As with any restaurant opening, the early weeks had moments of learning, although it was a fairly smooth experience. "I think overall [the opening nights] went very well," said Ungár. "We crammed and discussed and organized endlessly, but even with all that planning, we knew that there was so much that was impossible to determine [ahead of time]; we just had to dive in and see how it goes. Those first two, three nights went very well, but it was certainly not a sustainable way of doing our service. I knew where we were and what the end result needed to be, but getting to that point — we just had to barrel through those first few days and adjust."

One early difficulty — service dragged on for three or more hours, while Ungár would have preferred something closer to two for his comfort as well as the diners'.

"I can't tell you how many times Marcos and I would just stand here and mimic movements. If you're doing this course, that means we need to go here, etc. but we had no idea. The only way we could really determine it was having guests here and going through the motions [for real]. I always relate it to riding a bike — you're sitting here, talking about it, saying things that kind of make sense, but once you sit on a bike and actually try to do it, it's a whole different ballgame."

Now service is at a more comfortable two hours or under. "It's not about rushing the guest," says Ungár. "It's about creating that experience. You don't need to be sitting here for three or four hours. Honestly, that goes for me for most dining experiences; it doesn't matter how wonderful it is. There comes a point where it's like, I get it. This is wonderful, but I'm ready to go for a walk now or do something else."

At only the four-month mark, Tasting Counter has already picked up a couple pieces of spectacular press. There's a glowing Boston Globe review from Devra First, who bestowed three stars out of four. The restaurant "was already well on its way to perfect" when it opened, wrote First, recapping Ungár's resume and the growth of The Dining Alternative, continuing:

"But this isn’t a generic brand of perfection. There is no illusion of effortlessness. Rather, the experience illuminates some of the underpinnings of fine dining in a way that enhances appreciation in the curious — and these are the people who are bound to eat here, as there is just one menu each night."

In Boston Magazine, the restaurant landed at the very top of the annual 25 Best New Restaurants in Boston feature, thanks to dishes like "a sublime sous vide duck breast marinated in miso and dashi, easily the best piece of fowl we had all year," wrote Christopher Hughes. "Welcome to fine dining's new frontier — personalized yet exquisitely prepared, and endlessly surprising."

Here on Eater Boston, Ungár was a nominee for Chef of the Year. 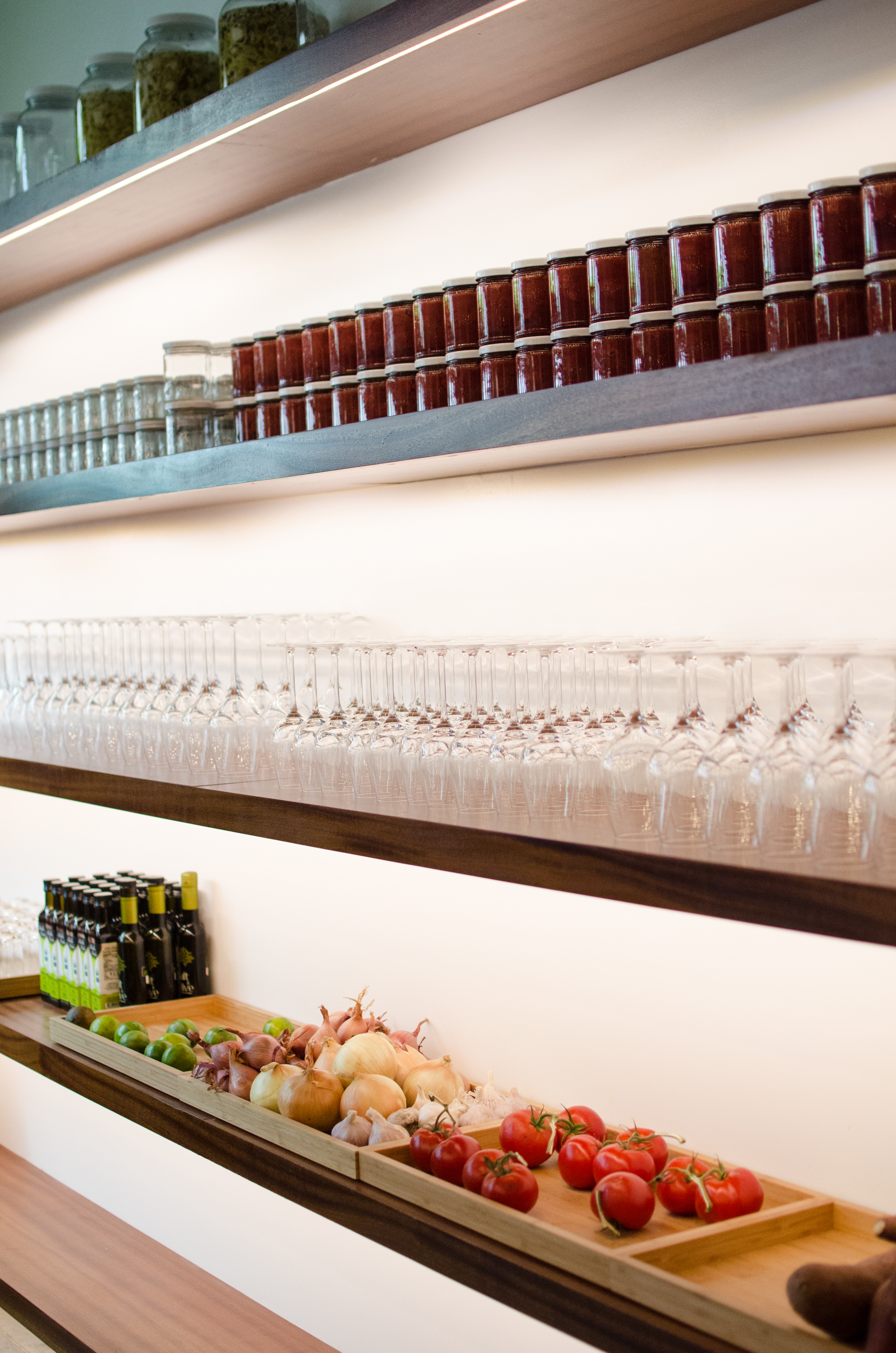 Both the Globe and Boston Magazine agreed that while the ticket price seems high at first glance ($165-$180 per person, depending on which night of the week you book), the value is really there. That number includes the meal, beverage pairings (wine, beer, sake, or elaborate non-alcoholic drinks), tax, and tip (a service charge, technically speaking).

"In a way, we're getting in our own way by selling this with that final price in mind," says Ungár. "We're not trying to catch people off-guard. We could sell it as a nine-course tasting menu for $75, and we would be doing the same thing." After adding beverages, tax, and tip at the end of the night, that number would more than double. "I feel that once people take that leap of faith and come and have that experience, they'll walk out the door and it will hit them that it really was just like we said. It really was all-inclusive; we didn't try to upsell them." (For comparison, consider another high-end tasting menu in the area — Menton. The Fort Point restaurant's smaller tasting menu option, which is about the same length as Tasting Counter's, starts at $155. And that's before a $115 wine pairing, tax, and tip, not to mention an optional caviar supplement. So while Menton's $155 quickly climbs up into the stratosphere, Tasting Counter's $165 or $180 is just that.)

The use of an online ticketing system has a few advantages, both for the restaurant and for the diners. "You make a commitment to dine with us [tickets are non-refundable], just like we're making a commitment to cook for you, and we're going to give you the best time that we can possibly give you," said Ungár, noting that they cook for the amount of reservations they have each night, not for the 20 seats if 20 people aren't there.

"It's so labor-intensive, the food that we're creating, and it's extremely expensive," he said. "We can't be cooking for people who might not show up. That's something that I've seen in other restaurants where I've worked when you're not cooking for a full house, because you never know. It's unbelievable, the waste that I've seen, and it hurts. As somebody who loves food, loves to play with it, loves to prepare it, loves to eat it — seeing all that beautiful food languishing — it's more than just the financial aspect. Of course that's extremely important, but cooking for people who don't show up and wasting that food is upsetting."

From the diners' end, buying an all-inclusive ticket ahead of time means a smooth dining experience with no money exchanged, no big bill presented at the end of the night. "It's human nature to instantly evaluate the experience you just had with the bill that you're looking at," said Ungár, "and you're like, Hmmm, should we have done this? We've completely removed that entire aspect from the dining experience. You go to your friends' home for dinner, and you're not hit with the bill at the end of the meal."

No, really. Leave your wallet at home.

Tasting Counter is and will always be primarily about the tasting menu. "That is what we do, that's not going anywhere, and for me that drives everything else," said Ungár. But there are other opportunities to get a taste of Ungár and Sanchez' cuisine for those seeking a lower price point. On Thursday, Friday, and Saturday nights from 10:30 p.m. until 12:30 a.m., Tasting Counter offers a late-night menu of $5 bites and $8 drinks. Diners can grab a miso duck sandwich or roasted pork taco, for example, and either stick around the restaurant space or wander back down the hall into the brewery.

Eventually, casual breakfast and snacks will be introduced into the mix, as well as a multi-course lunch (the team has already done a few private lunch events upon request), but Ungár needs to figure out the balance between "getting the right amount of business along with having the right amount of staff," he said.

In 2016, he also hopes to start offering some items for sale. The space is already lined with jars of preserved and fermenting ingredients, from strawberry preserves with Sichuan peppercorn and fennel seed to pickled mushrooms with seaweed, clove, and garlic. "Sometimes you just have an idea, and that's what you want to do because it's fun," said Ungár, regarding the ongoing jarred and canned projects, many of which were somewhat spontaneous creations. "As long as it comes out nicely, you're forced to figure out what to do with it. It forces you to create something that you wouldn't have though of otherwise." It's a nice way to jolt yourself out of writer's block when it comes to the menu, he explained. "You're so entrenched in the daily functions of prepping and opening and making sure the lights are on that being in a creative spot to think of things is very difficult, and it doesn't happen on its own. So part of the reason why we have all these random pickled jar things is because we want to play with things, try new things."

From retail to breakfast to late-night, it all comes back to that tasting menu and building potential diners' awareness of just what it is that the Tasting Counter team is doing there. "It's not about the price tag, it's not about the fad of tasting menus," said Ungár. "It's about creating a dining experience that is not just truly unique but is something that really focuses on the guest and what is important to the guest in terms of having a memorable dining event. That is going to carry us and this whole project much further than anything else we could ever hope to do, and it's the most complicated and involved process that I can imagine. It's what we enjoy doing and what we feel is the most rewarding experience for our guests, and that's why we're adamant about doing this. This whole space has been built for that."