The South Korean bakery chain is hiring employees for its latest location. 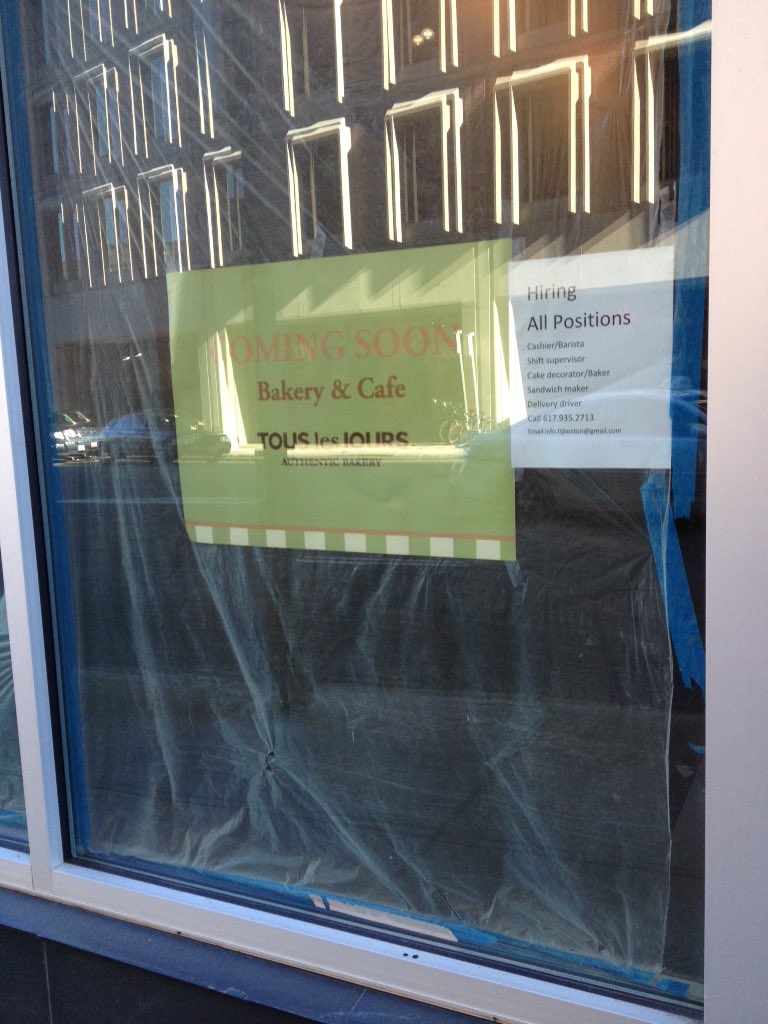 A French-Asian bakery is opening on Tremont Street in Downtown Boston, according to @ConciergeBoston on Twitter. Tous Les Jours, which was previously planned for the former Kelly's Roast Beef space on Comm Ave., will be taking over Philip's Market at 24 Tremont St.

A sign in the window indicates that Tous Les Jours is "coming soon" and hiring for all positions. The bakery first started in South Korea in 1997 before expanding to the United States in 2004.

It serves a selection of breads, pastries, and sandwiches, including Korean-style baked pan cake breads and Brioche towers. There is an existing Tous Les Jours in Burlington, Mass.