La Voile Is Opening Its Second Location on November 15

A classic French restaurant on Newbury Street will soon have an outpost in Brookline.

by Dana Hatic@DanaHatic Nov 2, 2015, 1:00pm EST
Via La Voile Will Open Up in Brookline Later This Year [EBOS] and La Voile Is Sailing into Brookline [BM]

Share All sharing options for: La Voile Is Opening Its Second Location on November 15 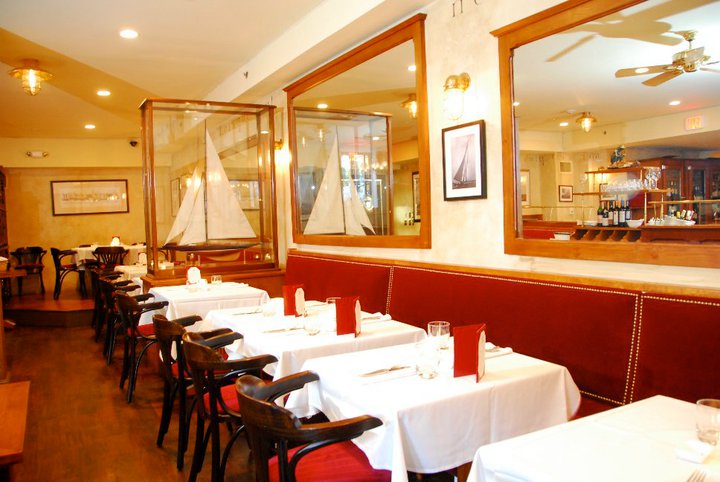 La Voile is now hiring employees to work at its planned second location in Brookline, according to a post on Craigslist. The restaurant has served up French cuisine on Newbury Street for eight years and will debut in Brookline's Washington Square on November 15.

The new location (1627 Beacon St.) will have the same bistro-style feel as the first, with seating for 95 people on two floors. The upper level can be used for private functions, according to Boston Magazine.

Jérôme Bergere, maitre d' of La Voile on Newbury Street, told the magazine that many of the restaurant's patrons live in Brookline, so he was looking forward to providing a more convenient location for them.

Owner Pierre Honegger brought the concept of La Voile, French for "the sail," to the U.S. from Cannes, as previously reported.

François Grayon, who relocated to the U.S. from France, will serve as La Voile's chef. The restaurant is looking to hire line cooks, prep cooks, dishwashers, servers, hosts and hostesses, and food runners to round out the crew.