No more shawarma and baklava for Watertown. 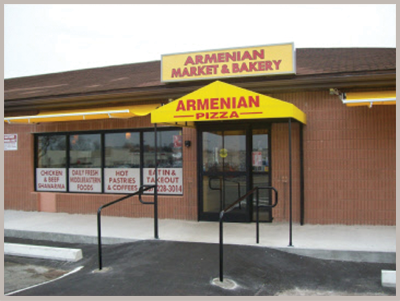 A go-to spot for Middle Eastern products and foods has closed, according to Boston Restaurant Talk and a poster on Chowhound. The family owned and operated Armenian Market & Bakery on Elm Street provided an eat-in kitchen for bakery items and meals, like shawarma, souvlaki, and more.

The market is reported closed on Yelp, and the phone number has been disconnected. According to its website, the market's founder wanted to create a distinctive shopping and eating experience for patrons. A post on Facebook suggested possible discord with the building's landlord, but it is not known what prompted the closure.

Watertown is home to a number of Armenian markets, several of which were featured during Eater's Cheap Eats Week earlier this year.