Chef Geoff Lukas Has Died at 32

Share All sharing options for: Chef Geoff Lukas Has Died at 32 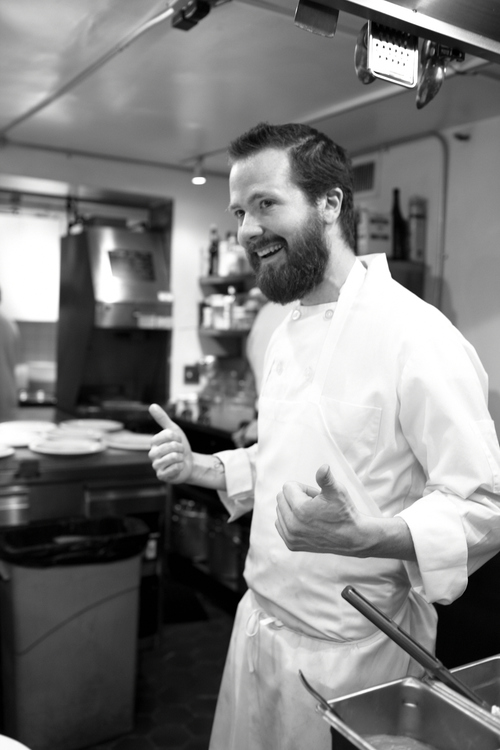 Geoff Lukas, chef de cuisine at Committee, died yesterday, Boston Magazine reports. No cause of death has been released. The magazine cites a statement from the restaurant, which reads in part:

"Geoff was a humble, knowledgeable and progressive talent who is both irreplaceable and greatly missed. Their thoughts and prayers are with Geoff's family and friends during this sorrowful time."

Locally, Lukas was known for his work at Sofra and Oleana prior to joining the Committee team as its opening chef de cuisine this summer. Beyond Boston, he had a varied resume, including stints at Zahav (Philadelphia) and The Fat Duck (Bray, England). Lukas was passionate about Middle Eastern cuisine, fermentation, and butchery, to name just a few.

"Informed by mouni, the Arab practice of preservation, Chef Geoff Lukas' menus pull inspiration from both the sophistication of court dining and the modesty of home and nomadic cooking," his website reads.  "His recent travels have taken him Tunisia, Iran, Israel, Euskadi, and Turkey."

Recently, Lukas shared his thoughts on the future of dining:

"I think the future of fine dining will see the loosening of certain restrictions and expectations, particularly in terms of aesthetics. The obsession with 'smallness' increases labor cost while decreasing yield-per-planting for farmers and drives up prices of farm-direct produce from small privately owned producers. The already high rate of attrition along with the burgeoning need to increase pay, particularly in the kitchen, will limit the ability of restaurants to keep purchasing produce that is small and identical but ultimately more expensive and typically less flavorful. It also feeds into the skewed perception the public has of what 'good' produce is. I’m hoping this will increase pressure on chefs to purchase and utilize produce in a way that is most beneficial for the farmers and less about purely aesthetics. In terms of the dining experience, I hope it makes it more natural in a way where good products and good technique supplement the sharing of an evening with your company without necessarily being the focal point."