SRV Is Now Hiring in the South End

SRV, the newest member of the Coda Group family, is now hiring staff.

by Dana Hatic@DanaHatic Oct 29, 2015, 1:00pm EDT
Via All Coverage of SRV on Eater [EBOS], Boston's Venetian-Inspired Bacaro, SRV, Is Coming Along [EBOS], Salty Pig Team Will Open a Venetian Bacaro in the South End [EBOS], and Ted Hawkins IN as SRV General Manager [EBOS]

Share All sharing options for: SRV Is Now Hiring in the South End 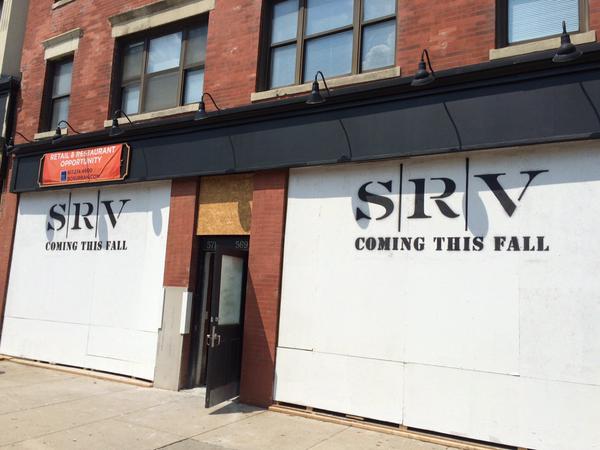 The Coda Group — Salty Pig, Coda Kitchen & Bar, and Canary Square — will soon open its latest venture in the South End. SRV, named for the "serene republic of Venice," or Serenissima Repubblica di Venezia, will be modeled after a casual-style Italian bar, or bacaro.

Kevin O'Donnell and Michael Lombardi, the executive chef and chef de cuisine of The Salty Pig, are moving to SRV (569 Columbus Ave.) as co-owners and co-executive chefs. In June, the restaurant announced Ted Hawkins would join the team as general manager and wine director. SRV is now hiring for all additional front and back of house staff, according to a post on Boston Chefs.