Theft of a most prized possession has occurred.

Share All sharing options for: Tavern at the End of the World Hunting for Missing Dog Lamp Named Spuds 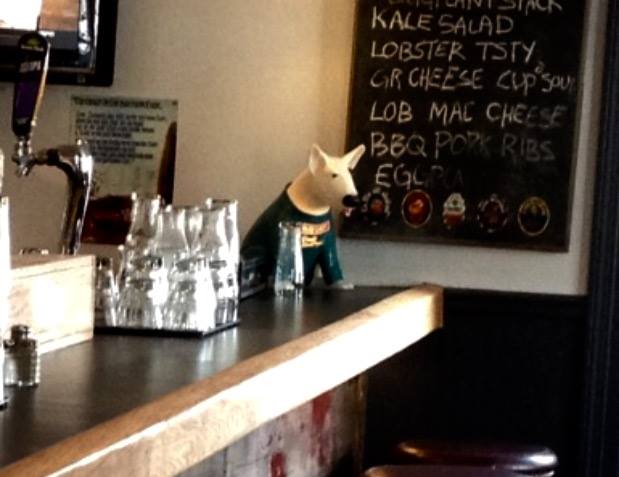 A staple of Charlestown's Tavern at the End of the World is missing. A post on the tavern's Facebook page alerted customers that Spuds, a Bud Light dog lamp, has been stolen.

"How did someone walk out with a thing like that?" said Stephen Higgins, of Tavern at the End of the World. "It would be in their interest to bring him back."

The tavern is offering a reward for Spuds' return, "and a free pint of PBR," Higgins said.

People are invited to post photos of themselves with Spuds on a Facebook page called "Bring Spuds Home." According to an "artist's sketch of what the perpetrator who stole Spuds looks like," the thief "most likely has an ass face, with stink line[s] around different areas of his body."

Lost Dog! Goes by the name Spuds, he is very dear to the Tavern and all the patrons who meet him. Some selfish jerk...

Tavern at the End of the World